An experiment and progress

February 26, 2012
In an effort to get my painting of armies a lot's more efficient and geared toward 'producing' armies rather than piddling around, I got my airbrush and spent a couple of hours trying it out. I have since discovered several things:
1: Make sure you have the right colours (the red I have is too bright, the hull red is too dark and a mix makes them into brown)
2: Make sure your airbrush is clean/paint is mixed right as splattering is annoying to say the least.
3: And lastly this is a lot of effort, especially when you use the airbrush once in a blue moon and have to dig things out of boxes to find them.
4: My airbrush is old and I want a new toy.

Anyway, here are the results on my DE raider. I'm somewhat happy with how it looks, but need to work on the colours/mixing the paint more, so I dont get splatter. I also think that this won't be something I'll do for one thing at a time as the setup and cleanup takes so much long.

The entire raider was painted in bits (topsides, gun and sail where assembled and glued though) and are ready to be assembled when done. Though I definitely want to redo it as it's much brighter than my DE troops. 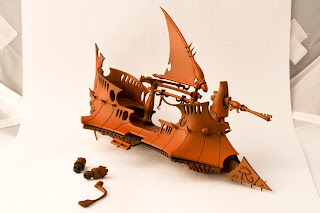 Also, I've been getting my dystopian wars fleet done. Here's some shot's of progress. The ships are all 95% done (turrets and hull to do on the cruisers, same for the frigates) and the planes have only had the white and blue done. 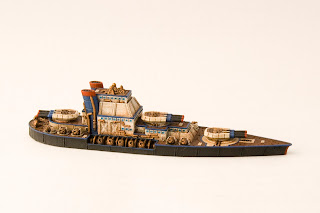 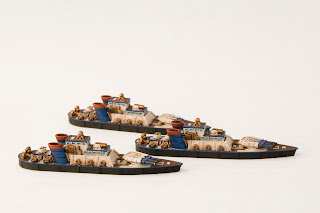 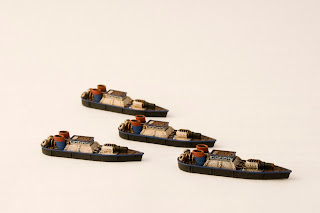 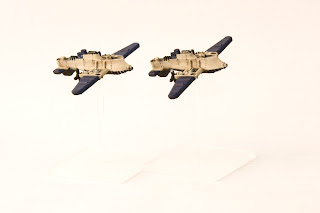