October 12, 2017
Again, it's been far too long since I've posted an update. That time has instead been spent slowly painting, a few games, some more conversions and building some terrain (to come at a later date).

As part of our local group, we've been playing a slow grow league to help people figure out 8th edition 40k and to build up our game size. While this has been a lot of fun, I'm definitely starting to enjoy the larger size games, with a few more units to play around with. Notably my ashen circle (raptors) are a tough spot for me to figure out how to use.

My first issue seems to be that when I deep-strike them to try and get an early shot or two off against enemy vehicles, they tend to miss their shots, fail their charge, and then fail the re-roll to charge too. As such, I've been playing around with expanding the squad to 10 strong, and running them up the field with the rest of my troops.

The following photos show the start of my converting process. So far I'm very happy with how the axe rakes are looking, though the effort is putting me off finishing them at the moment. 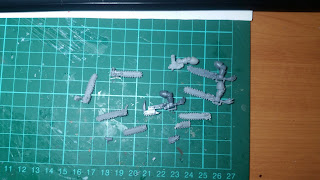 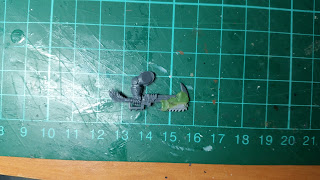 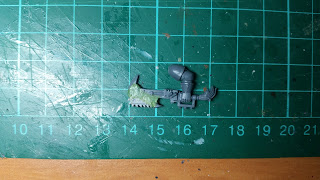 I also managed to pick up some third party jump packs from a Facebook trading group, which look much better than the loyalist ones I used on the first 5 models. 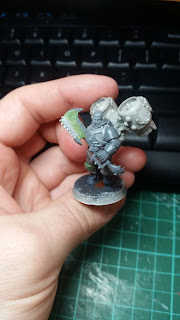 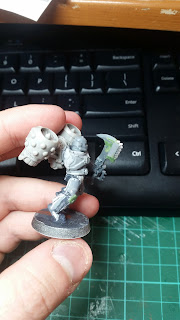 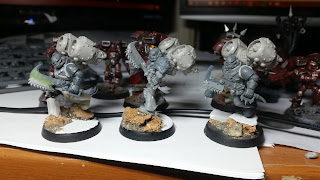 Some progress on the Chosen and Possessed. 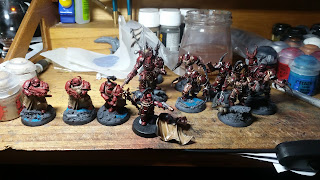 And lastly some pictures from a game with Dave. This was his first game of 8th edition and he was taking his Tyranids out for a spin. 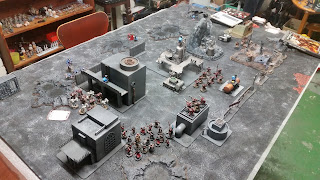 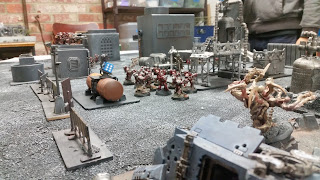 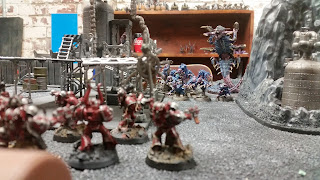 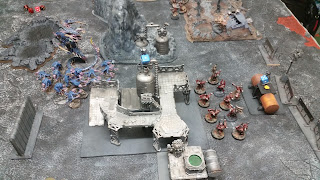 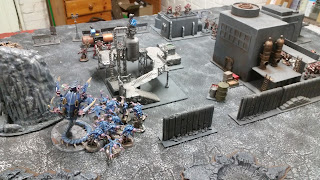 After this point I don't think either of us took many photo's. The Lictor spent several turns of combat not doing much to my havoc's, while the havoc's spent several turns not hitting the Lictor. After that my chaos marines made their way to rescue. Pretty much everything of mine ended up dying, apart from my cultists which I managed to use the stratagem 'tide of traitors' on, so were able to redeploy at full strength and capture an objective as well as taking out one of the big beasties on the other side of the board. That last minute redeployment stopped me being completely massacred and turned it into a close loss.

Anyway, with luck I'll get some more photos up soon.