January 03, 2014
One of the local clubs has started a Mordheim league up again, so I thought I'd go at it with a fresh gang, this time using Witch Hunters. Previous gangs that I've run have been Reiklanders or Pirates.
Anyway, pictures:

Based loosely off the artwork in the Mordheim book. 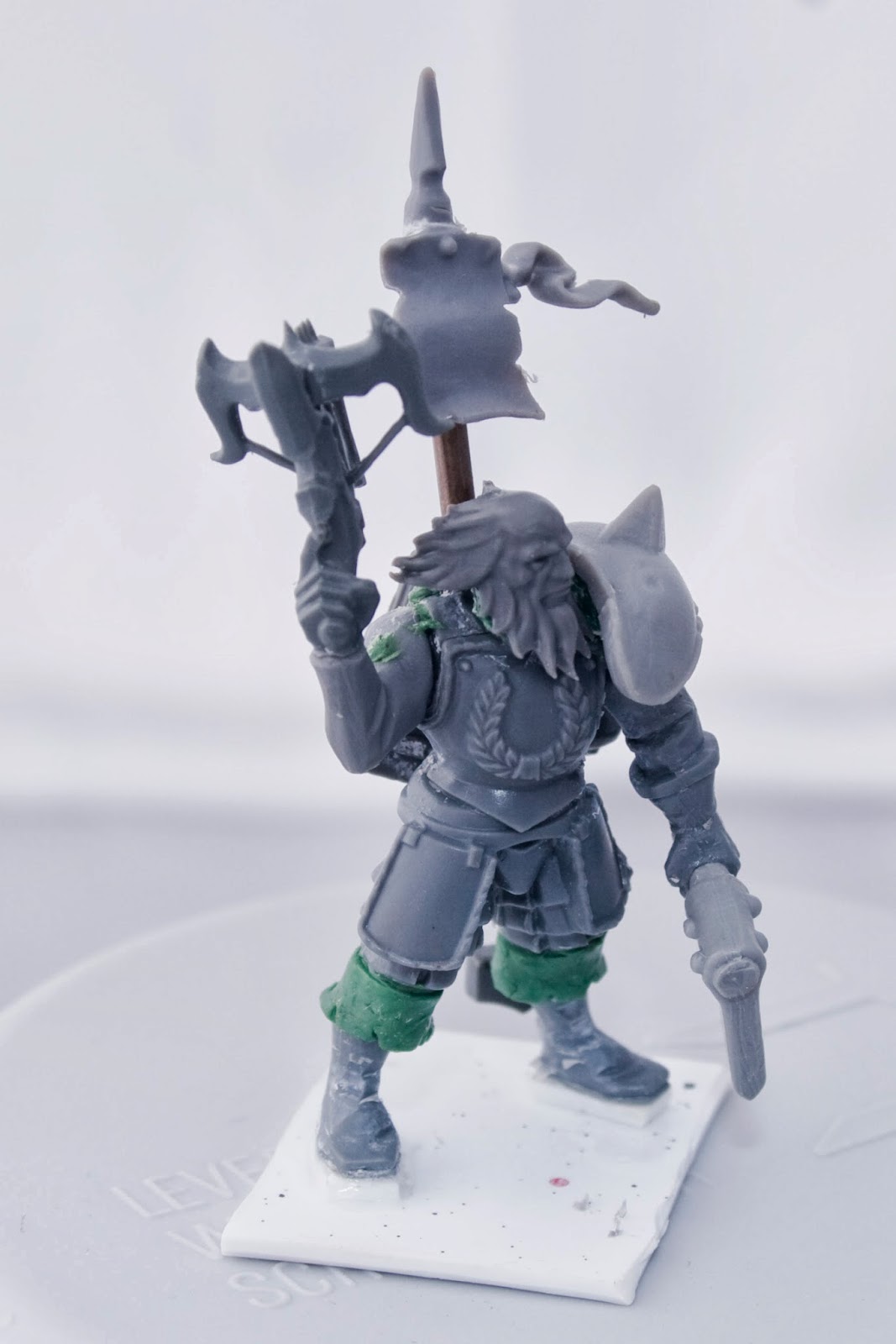 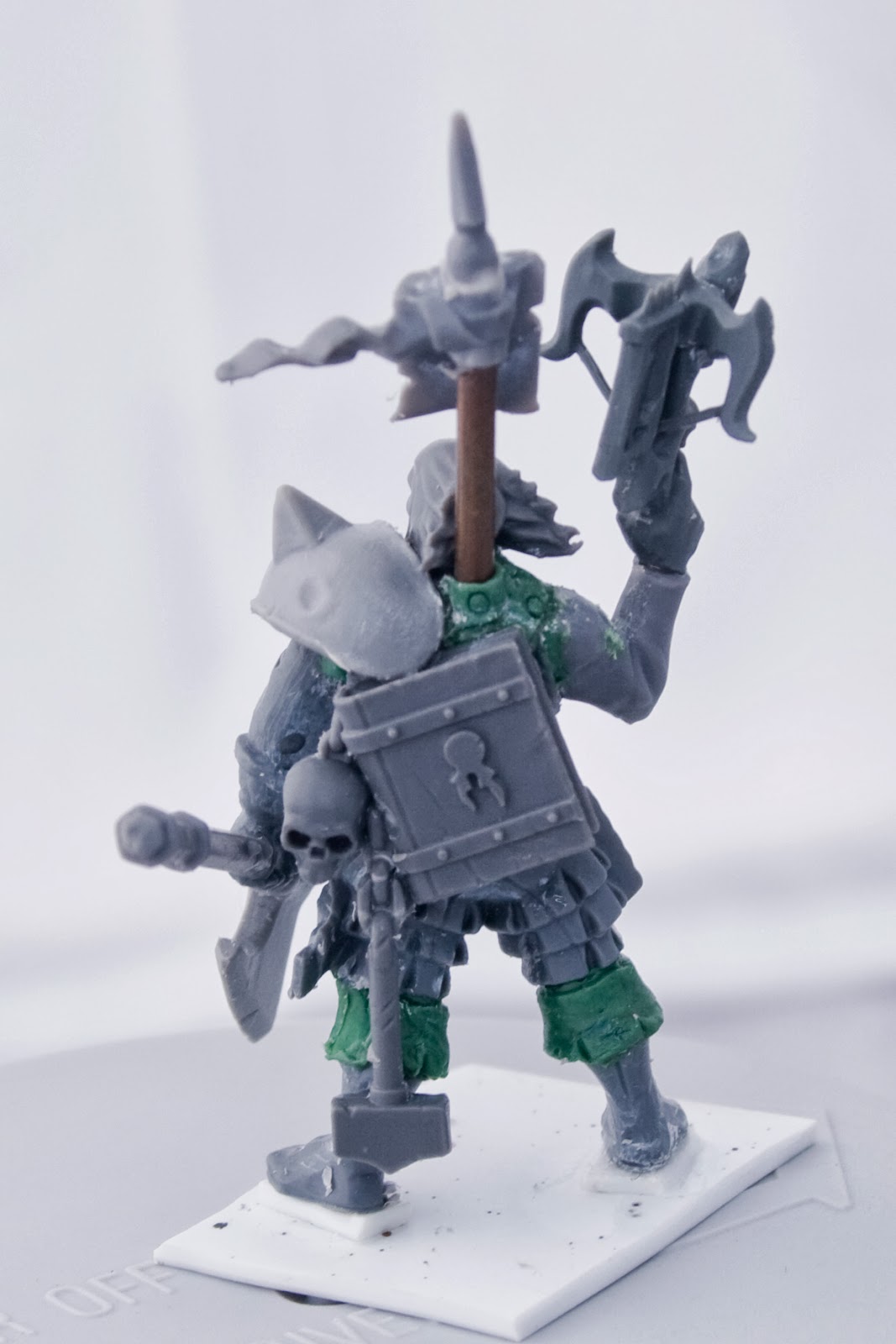 Based loosely off the artwork in the Mordheim book. 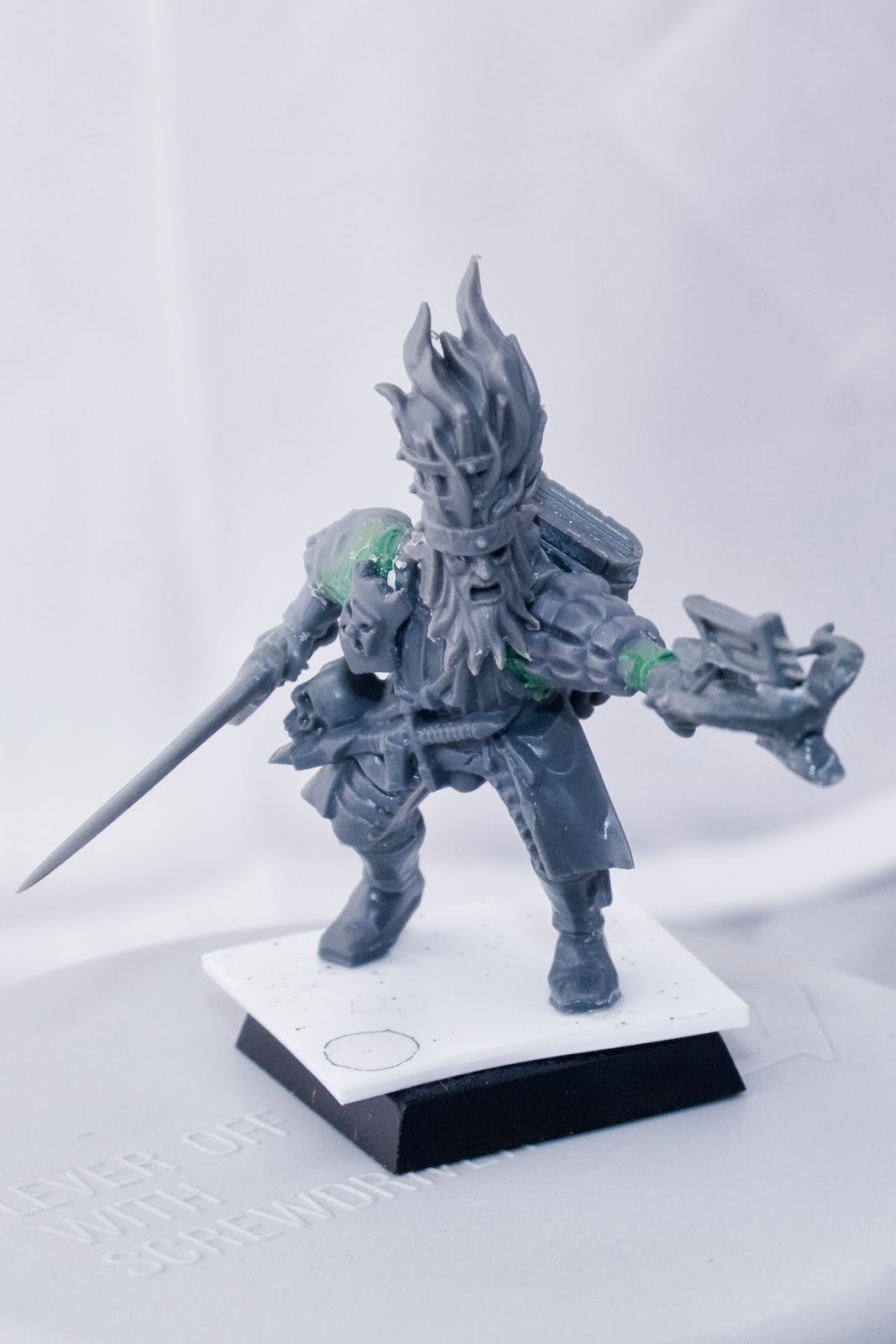 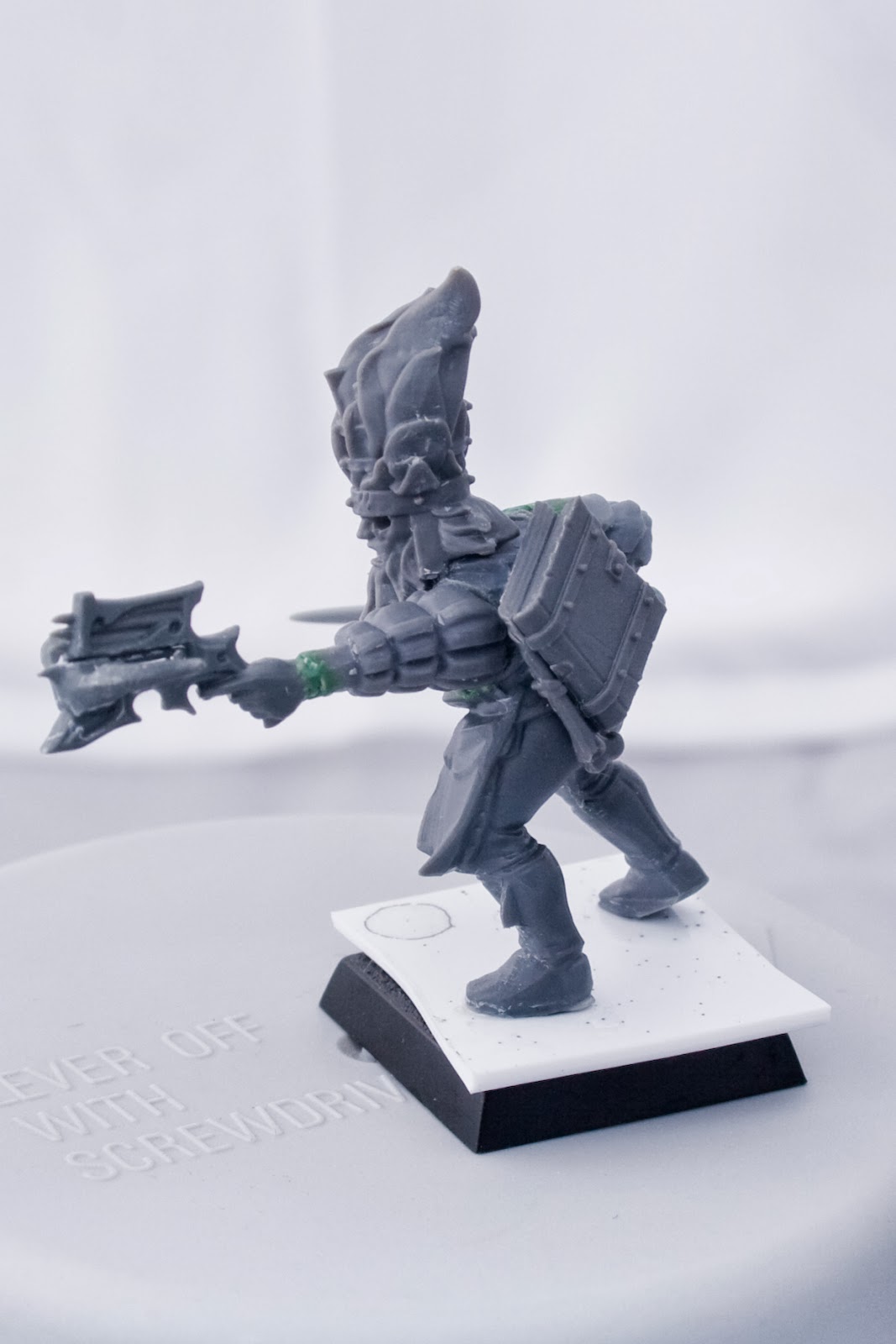 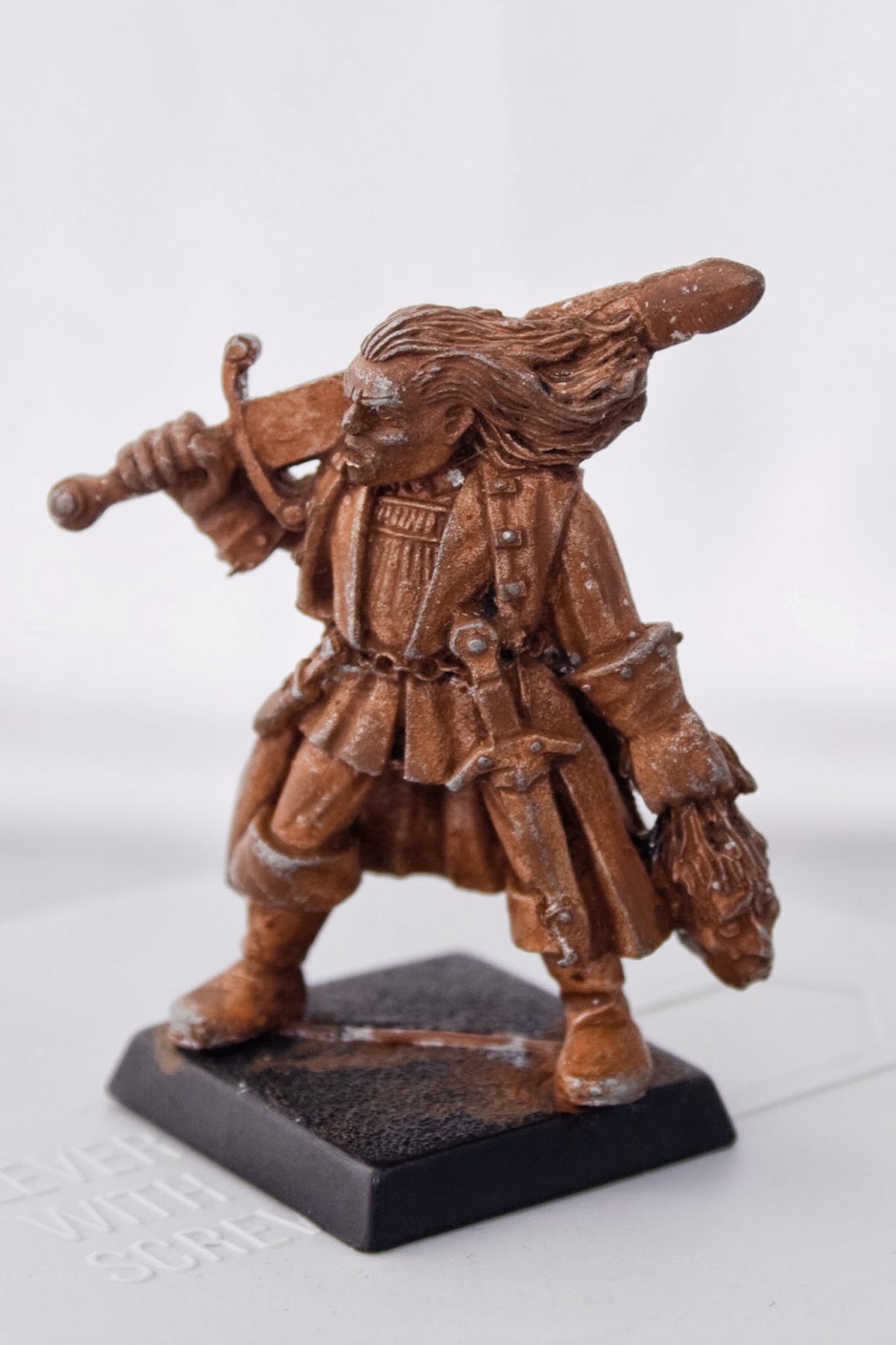 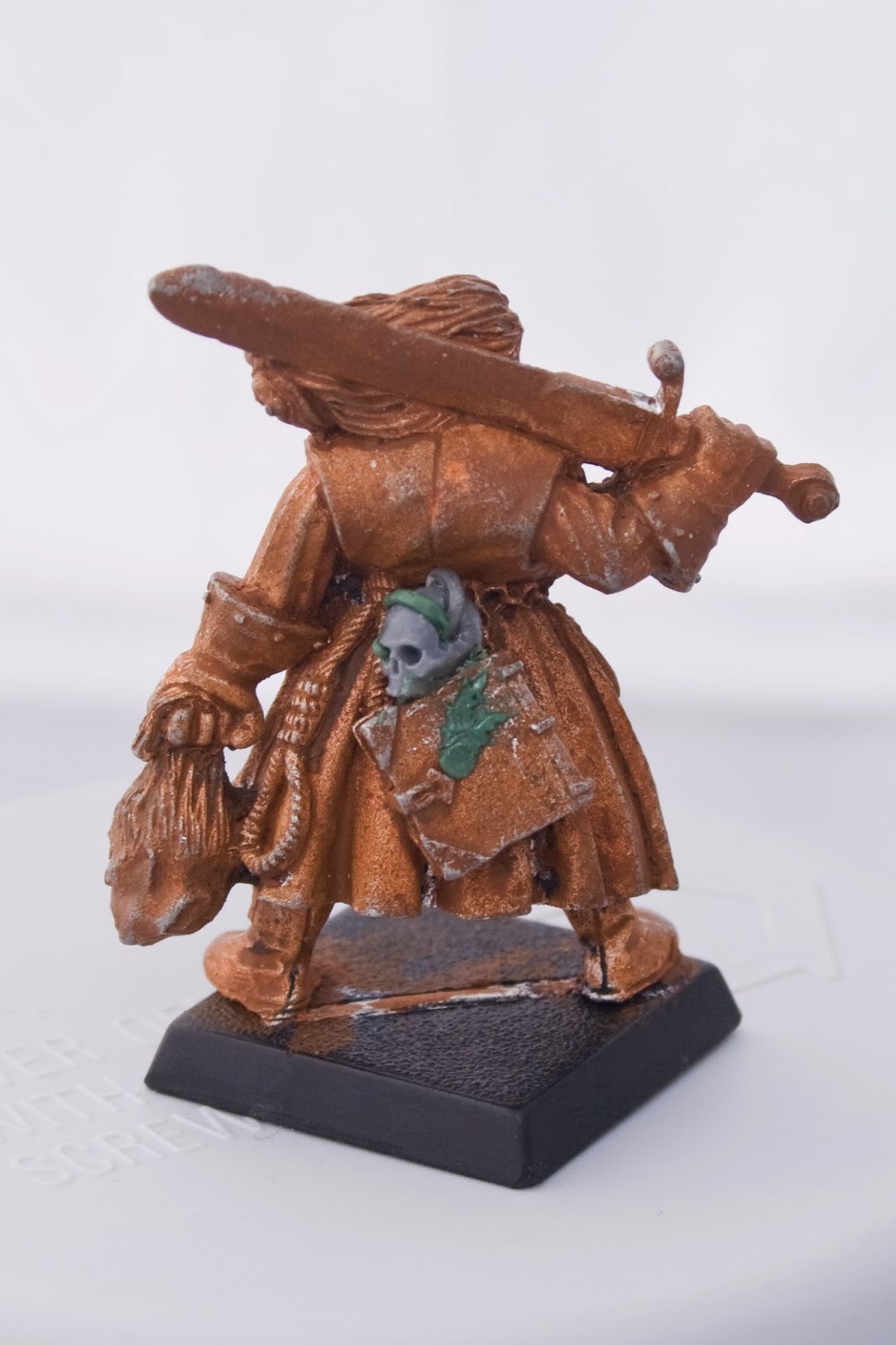 These guys are mostly just in the gang to give me something to do in the shooting phase and hopefully keep some of the scum alive (by hiding at the back of the board). 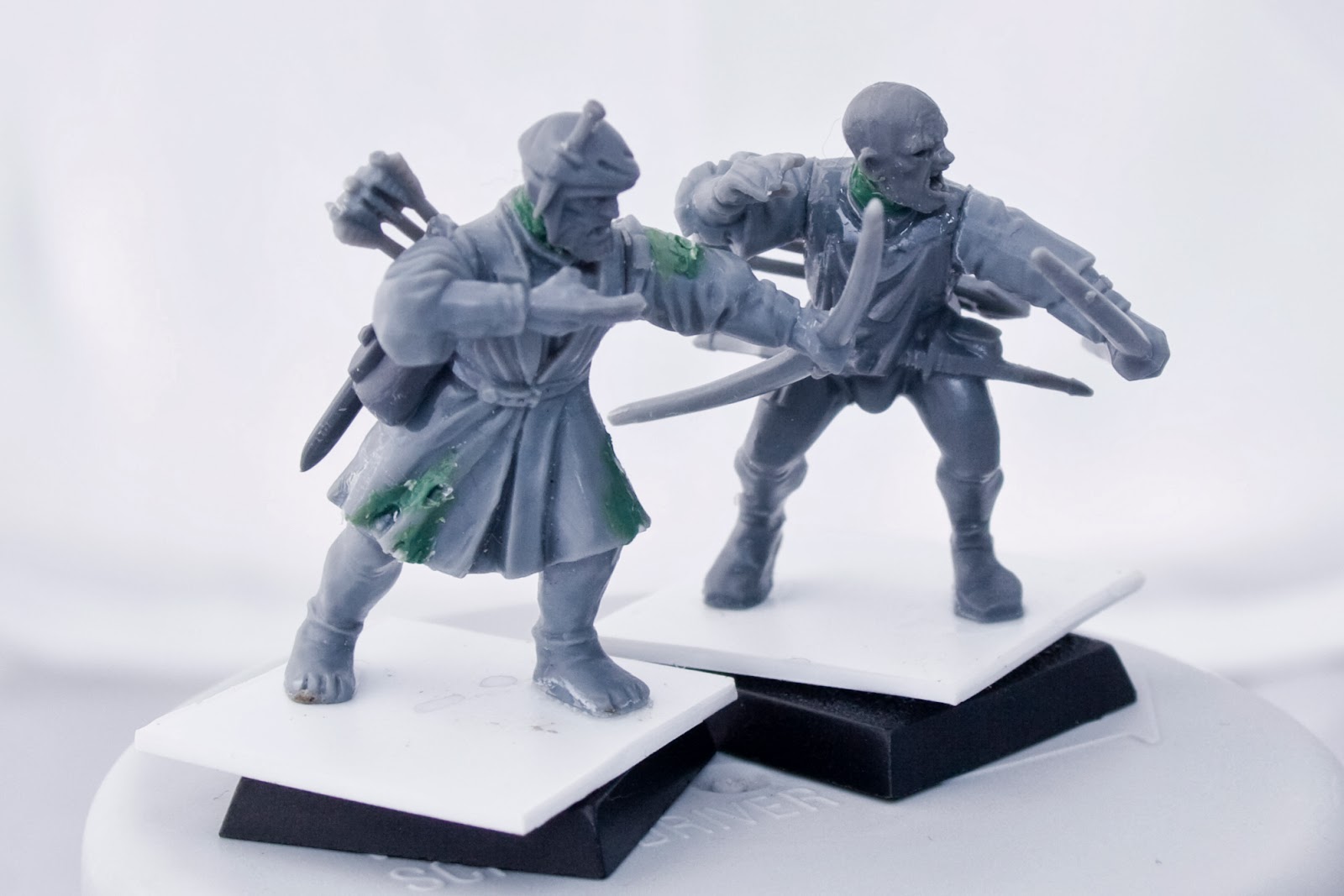 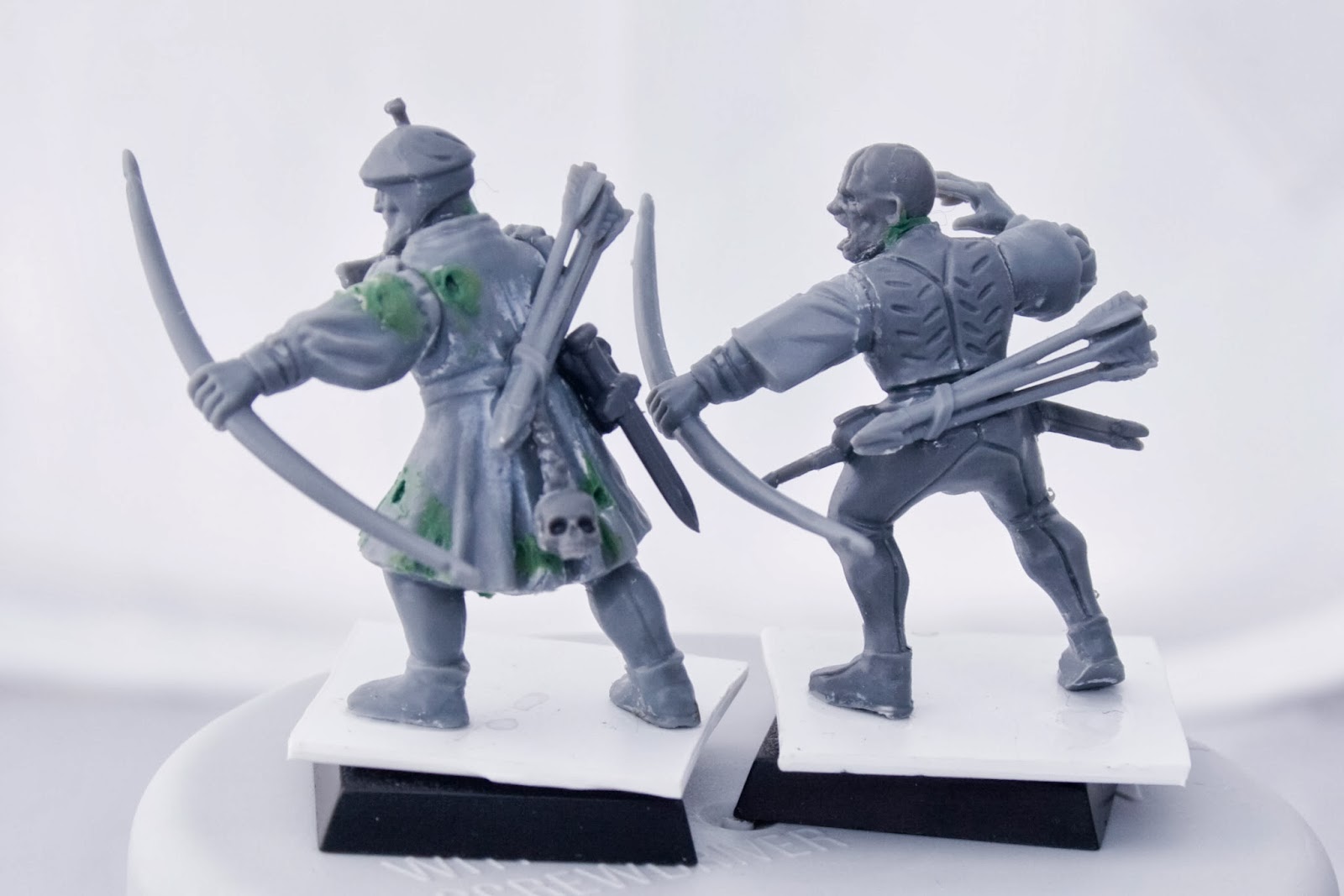 Zealots with sword and club 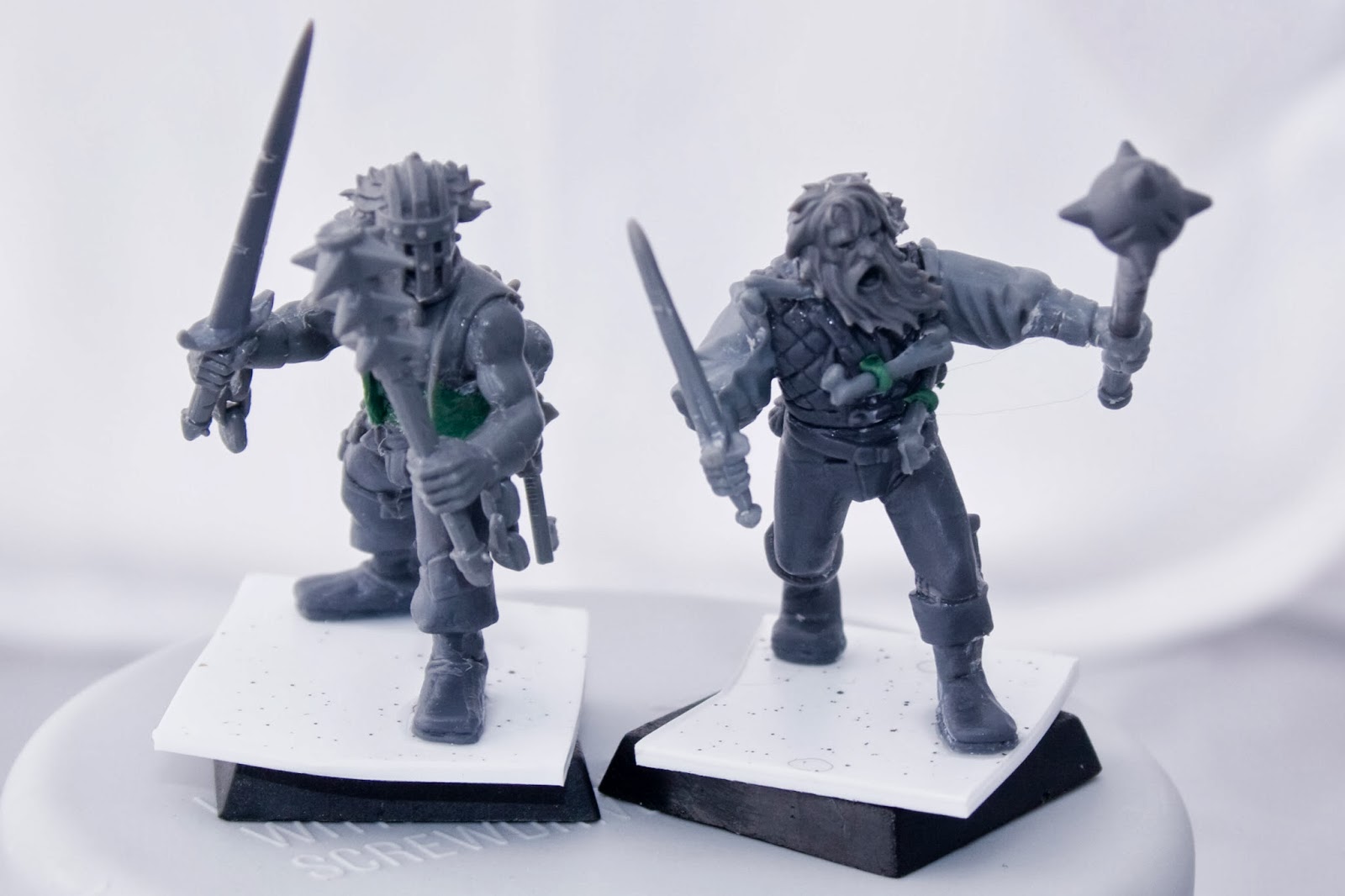 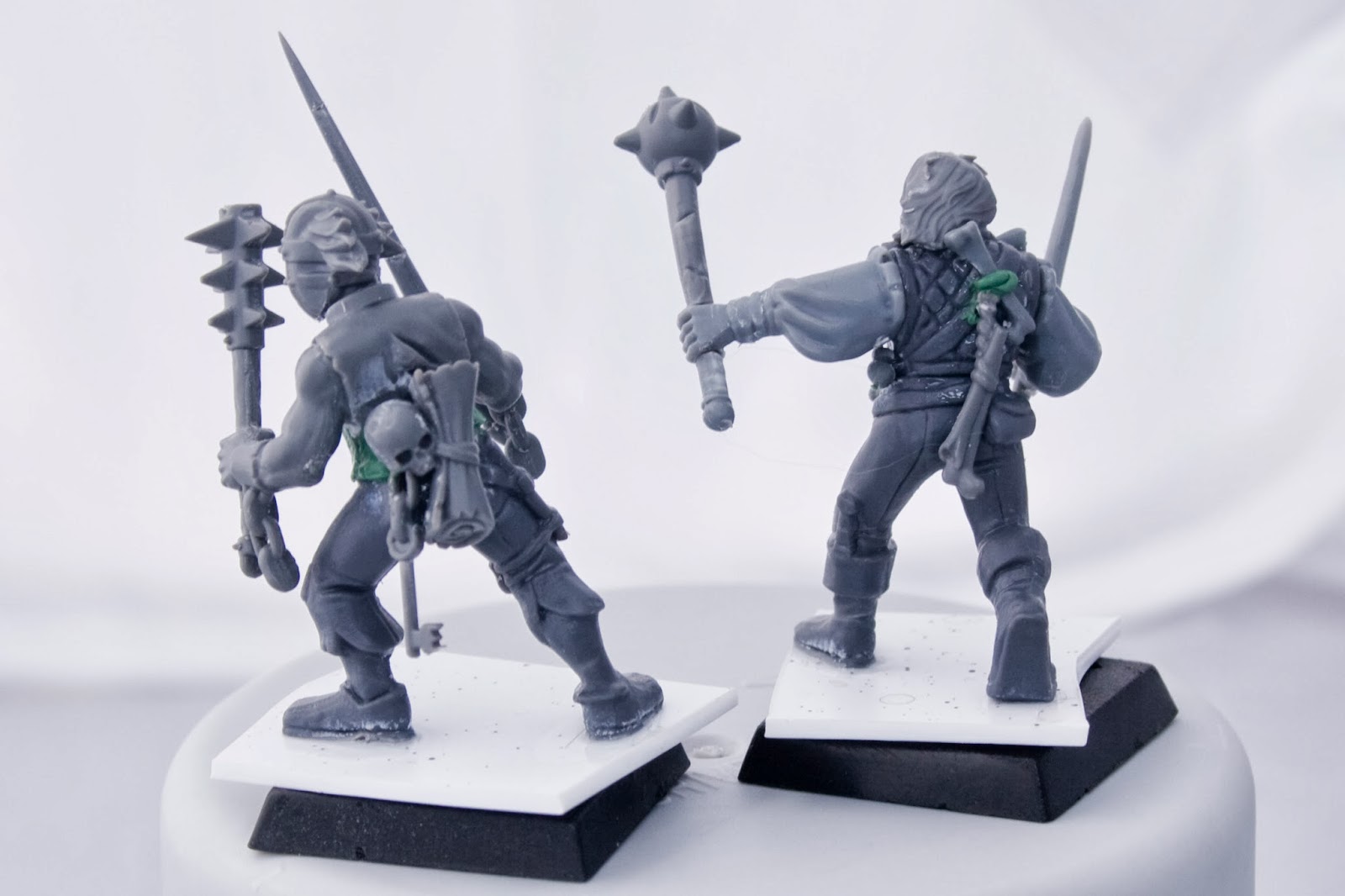 Two are armed with flails and one has a bent, rusted great weapon that he's found on some battle field. 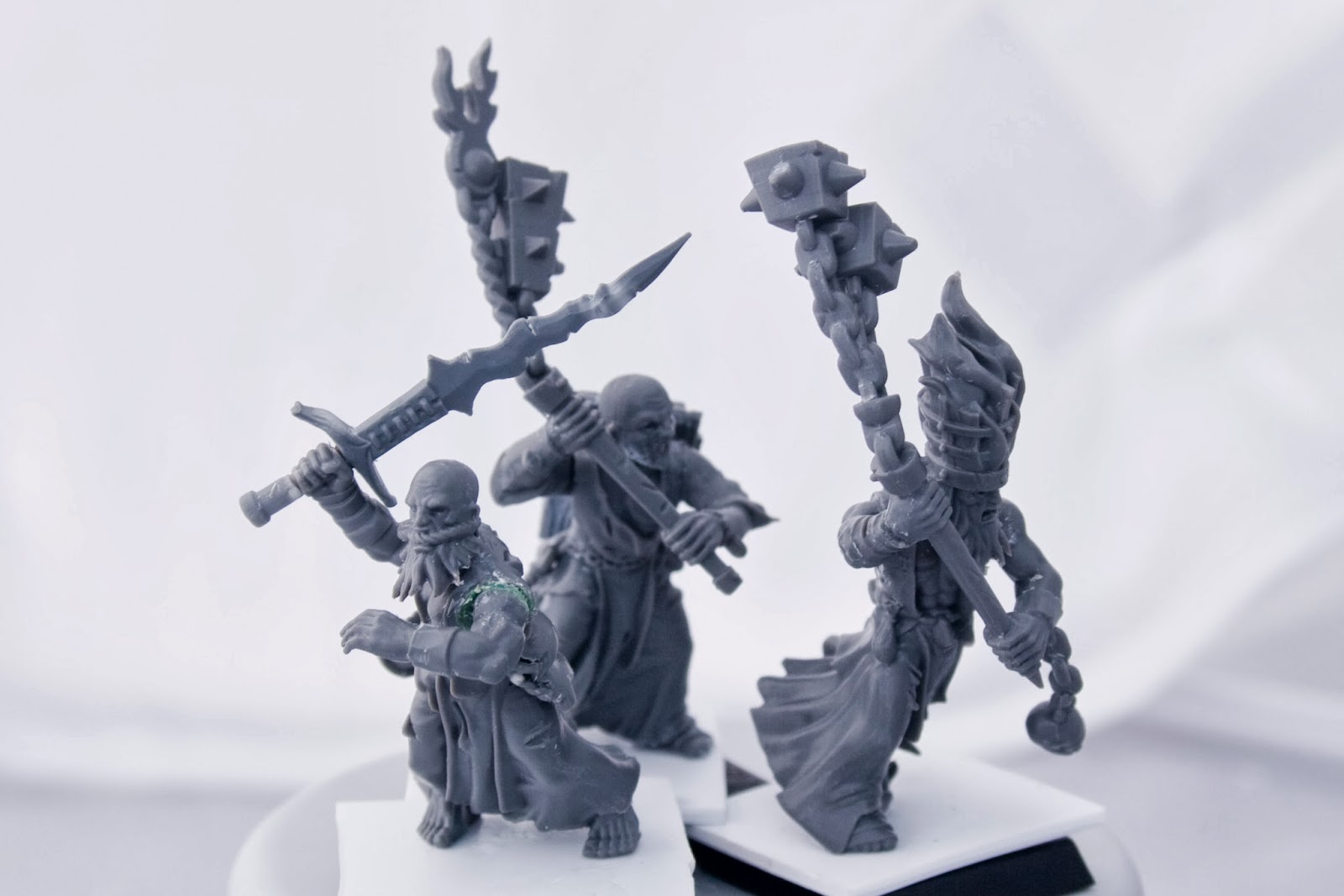 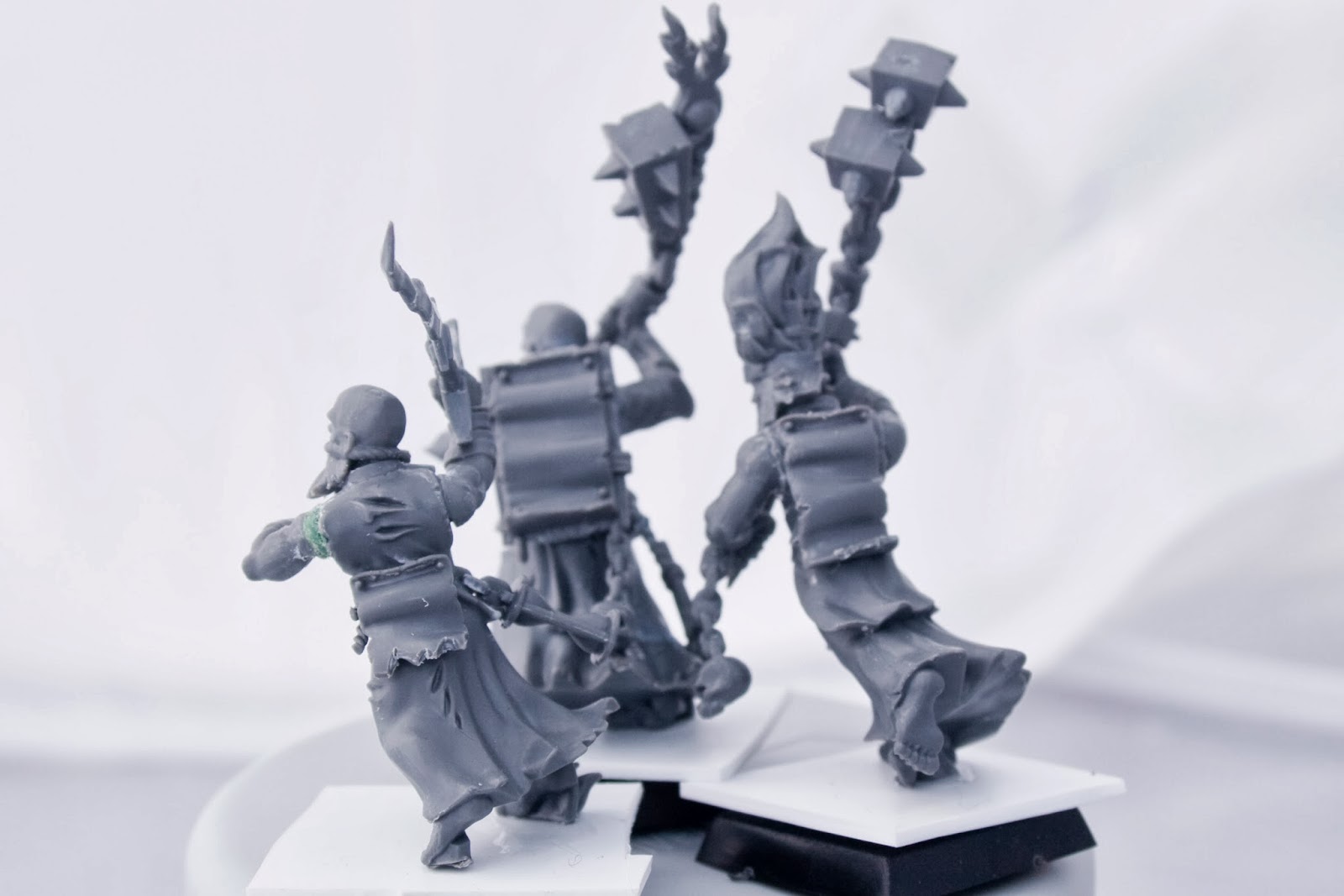