March 15, 2017
It's been far to long since I last posted again, but things are going well for me painting wise.

First up, the chosen.
I managed to get some resin shoulder pads for the left side, and used some different transfers on the right should pad. I've used used Dark Angel robes for all of the chosen. 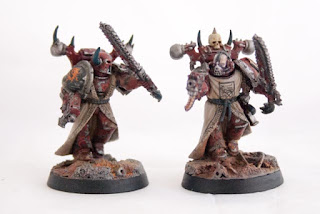 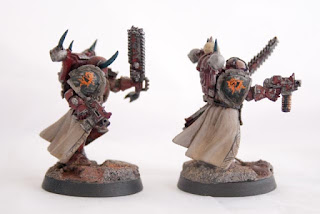 Next up, Raptors.
The champion has robes and script as per my Chaos Marine squads, and I've also given him a hand flamer (typically to be used as a combi-flamer) and a demon (power weapon) possessed axe. The ashen circle were known for ranging far ahead of the Word Bearers and pulling down and burning all the temples and cultural icons they could find, so I've tried to add a little of that to the unit with the hand flamer and the custom chain axes for the regular raptors. 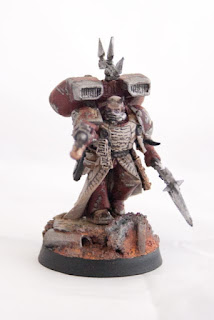 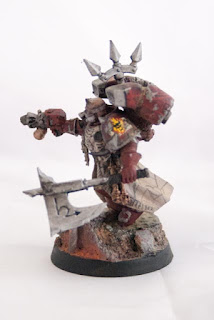 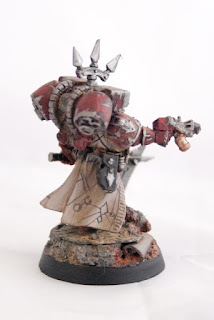 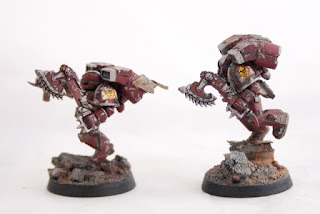 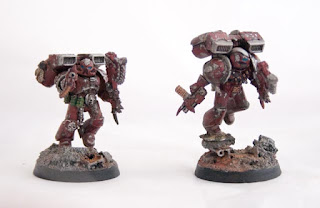 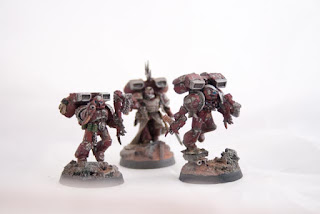 And finally an update on the marines that I've finished so far. With the end of the first month I have 19 Chaos Space Marines painted, and I'm just waiting on some inspiration for how to finish the second icon bearer. 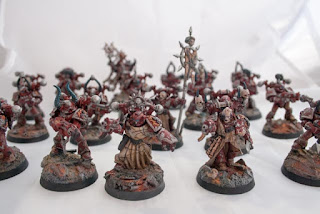 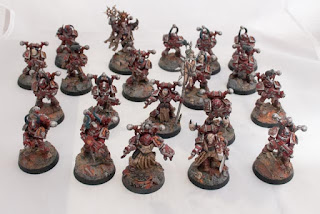 We completed the month with a weekend kill team tournament, which was lot's of fun, and this month we're having 500point games. I have a plan to complete the raptor squad with 2 x melta guns, and try and complete my autocannon havocs. If I get them completed I'll see if I can start work on either a second rhino, or a hellbrute as dreadnaughts seem quite lethal at smaller point games.

I'll leave you with some photos of a game I had against Owen, a new player with some brilliantly painted imperial fists. 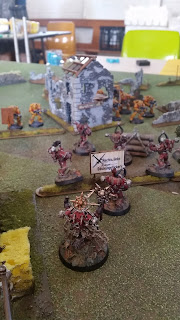 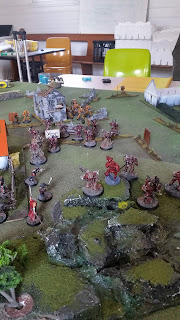 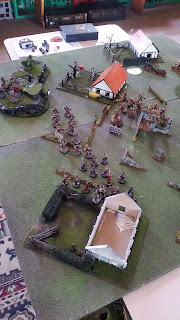 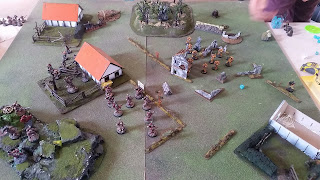 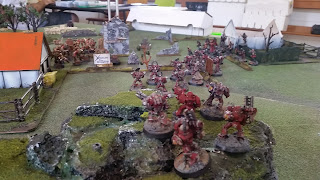 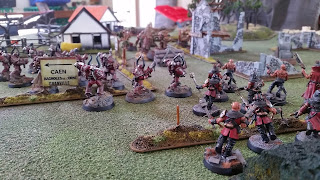