Skip to main content
December 03, 2014
A progress update on my Chaos Marines.
Due to a local escalation league starting up in January, I've decided to join to try and get more of my 40k army painted.
The league kicks off in January/February with 500 points to be painted by the end of that time, and then will increase each month. So far I've worked out several 500 point lists and a couple of variants that will expand to 750 points for March.

So first things first, some pictures to show where my starting point is.

My lists for the first two stages. This is where I'm heading with the models I have, but it may change a little as I figure out the 40k rules. 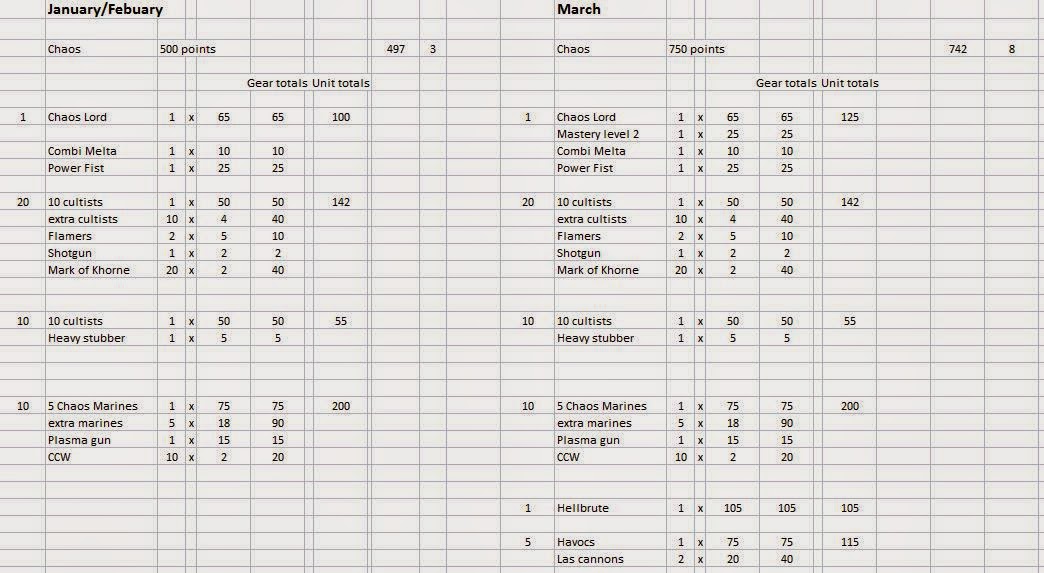 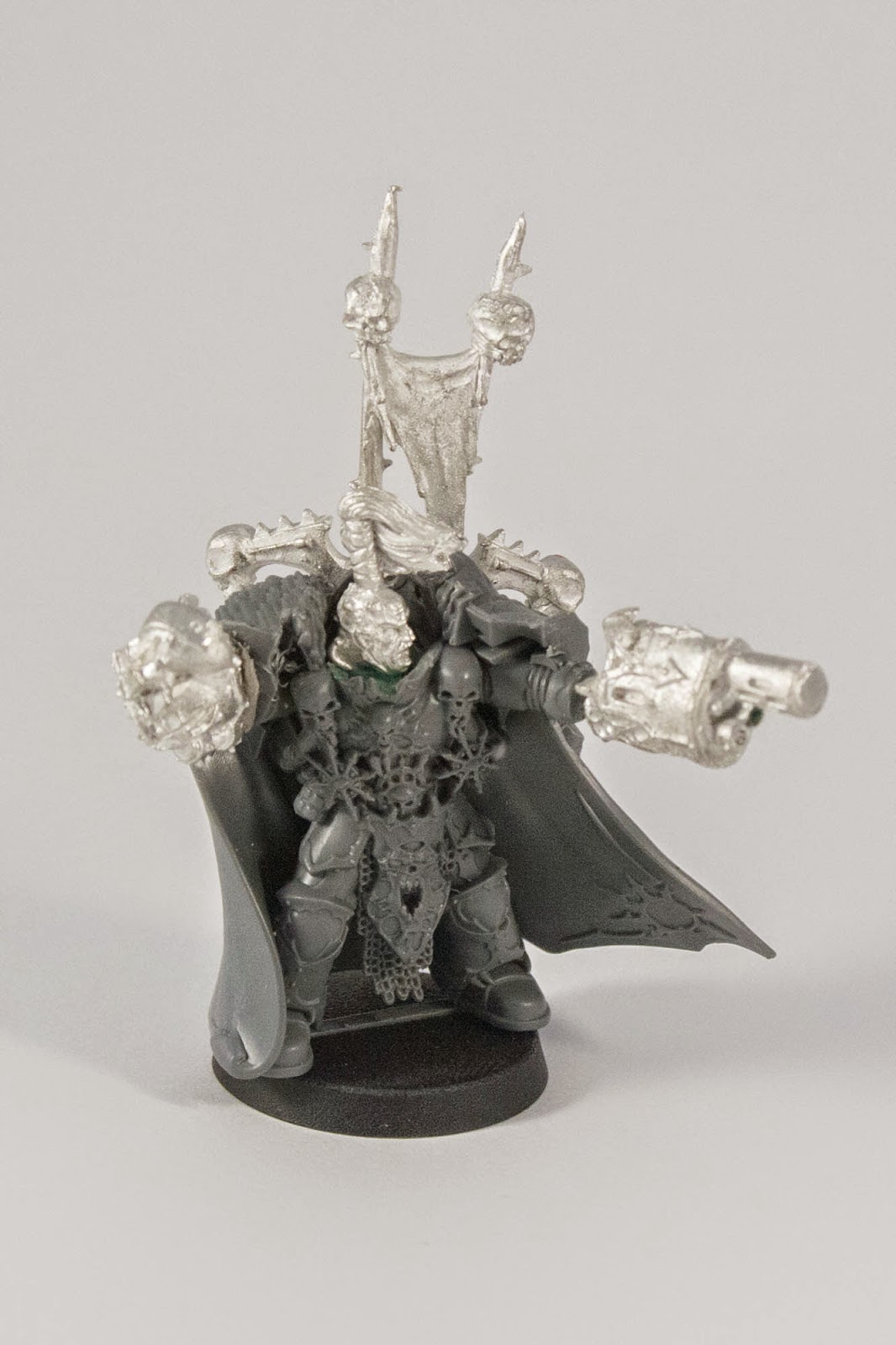 A stock terminator lord kit for later on when I get terminators. 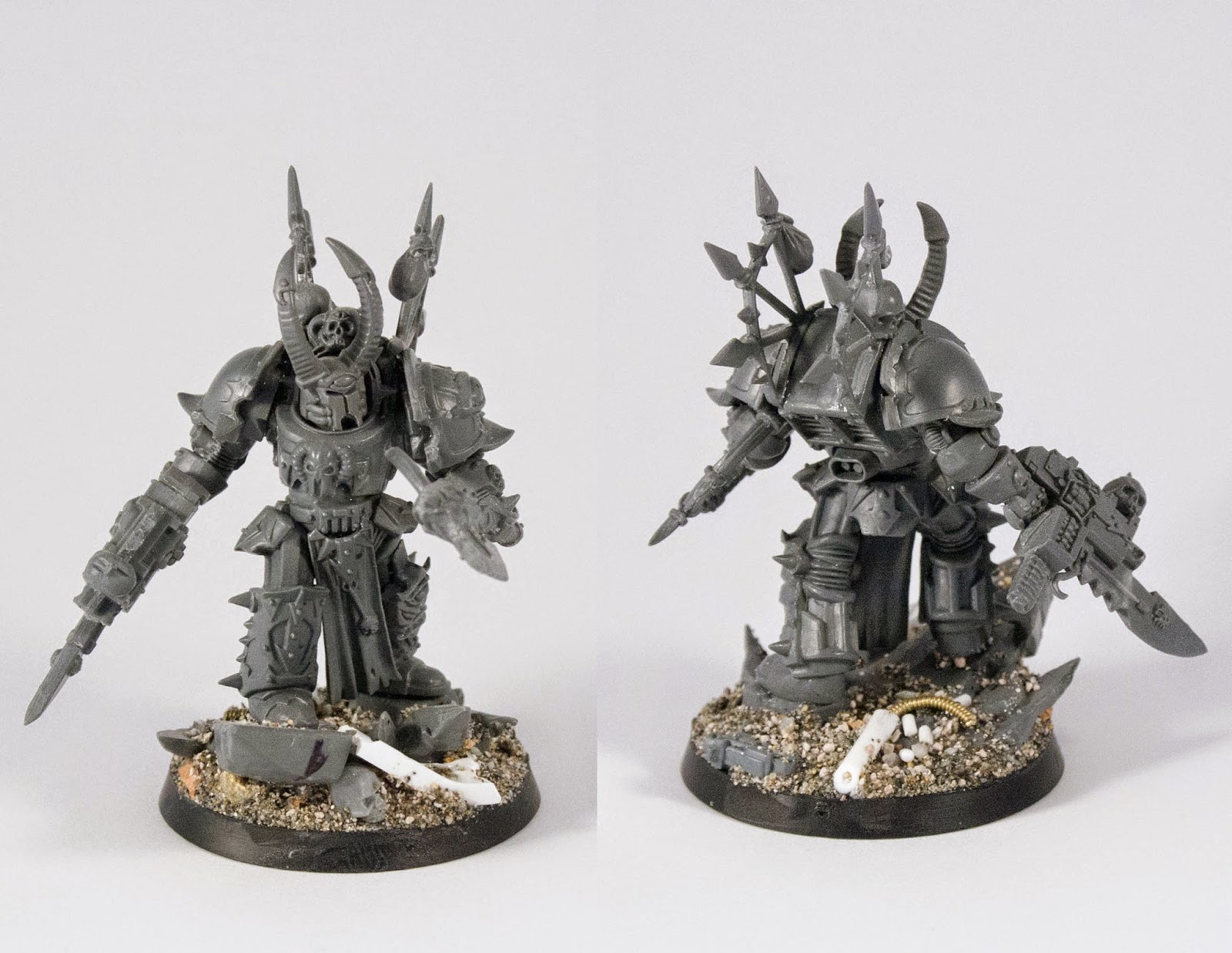 The painted marines (minus some backpacks, weathering and bases). The center marine is a test model so has the weathering added. 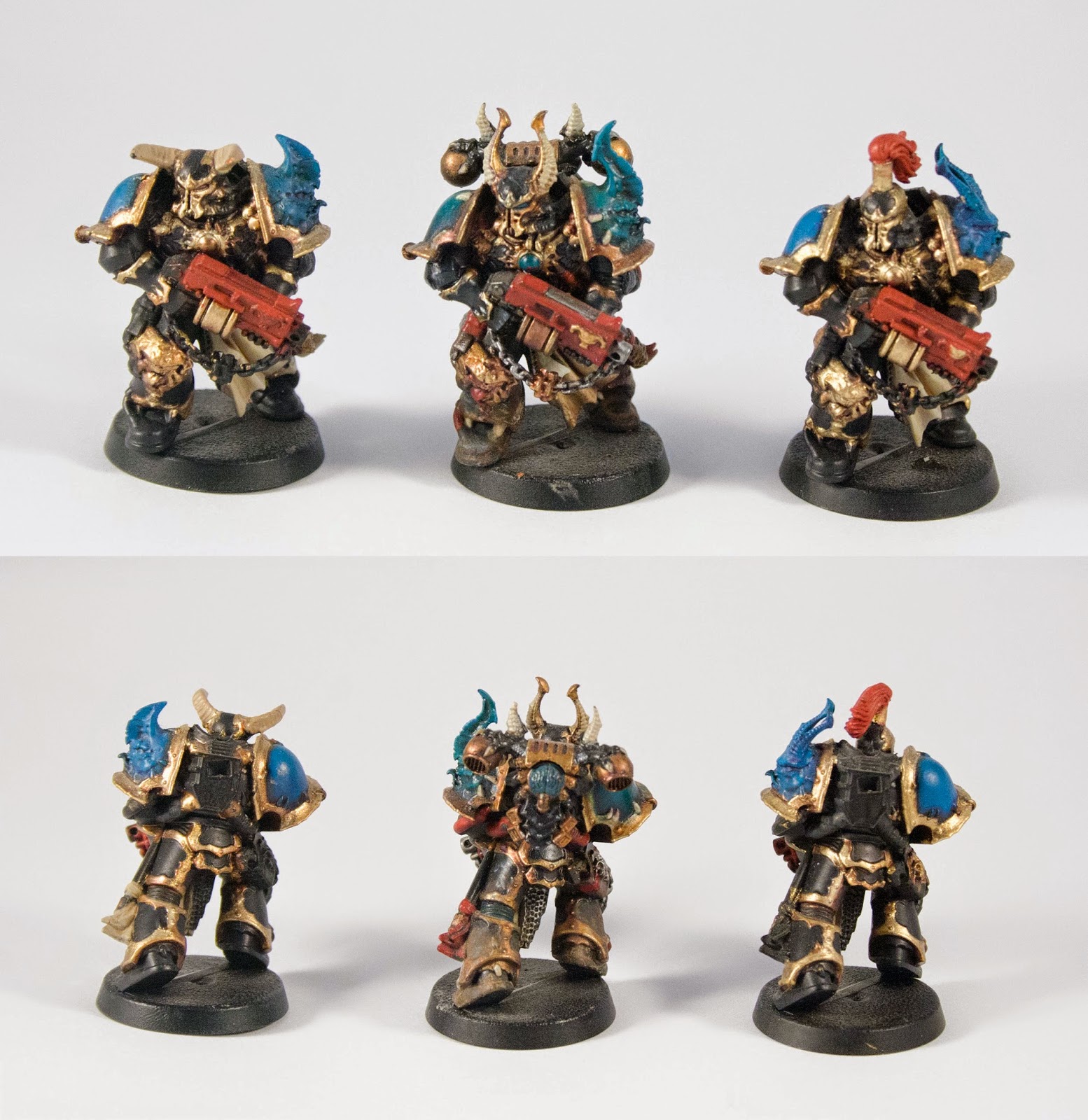 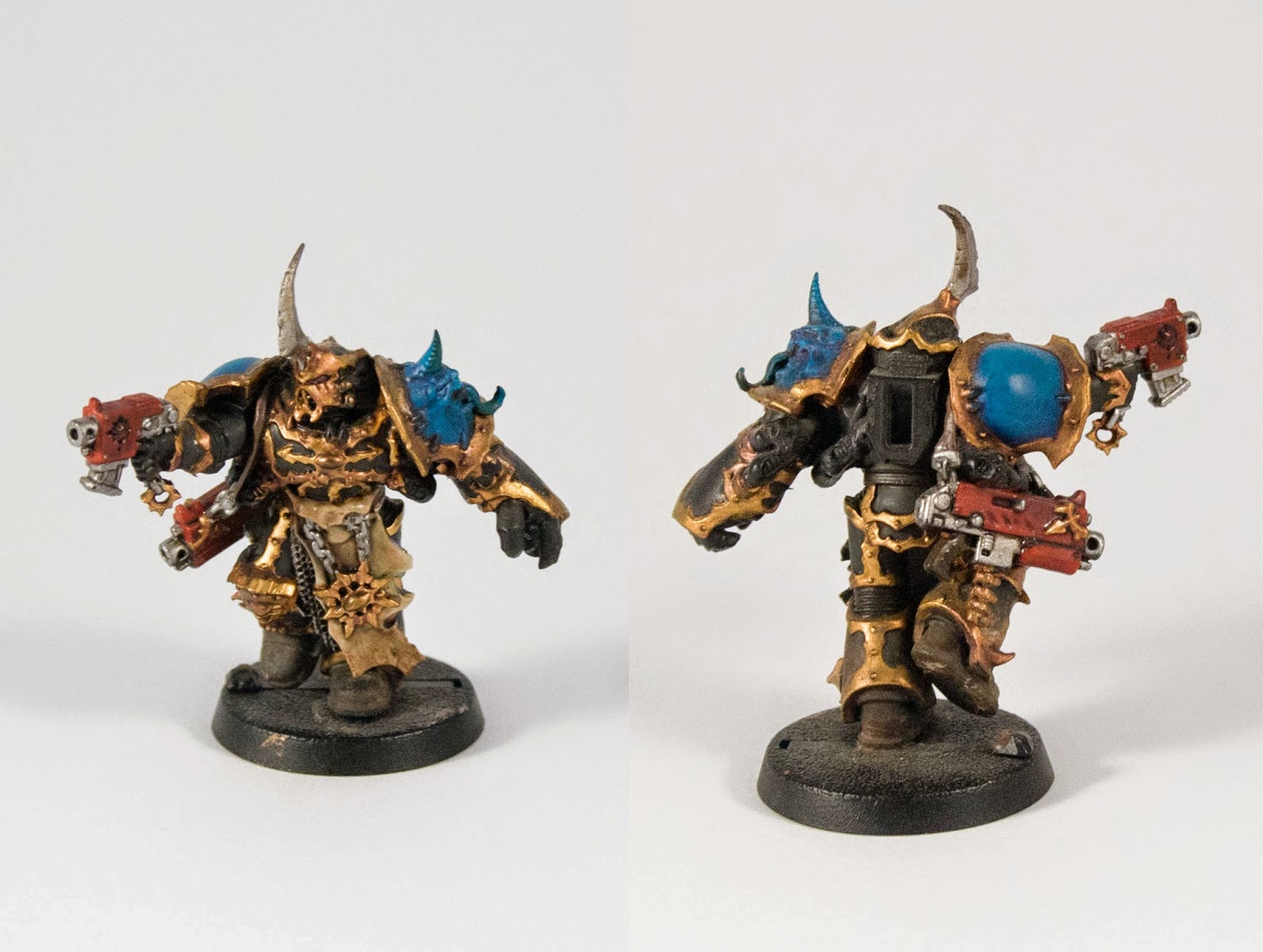 Marines that have been started. 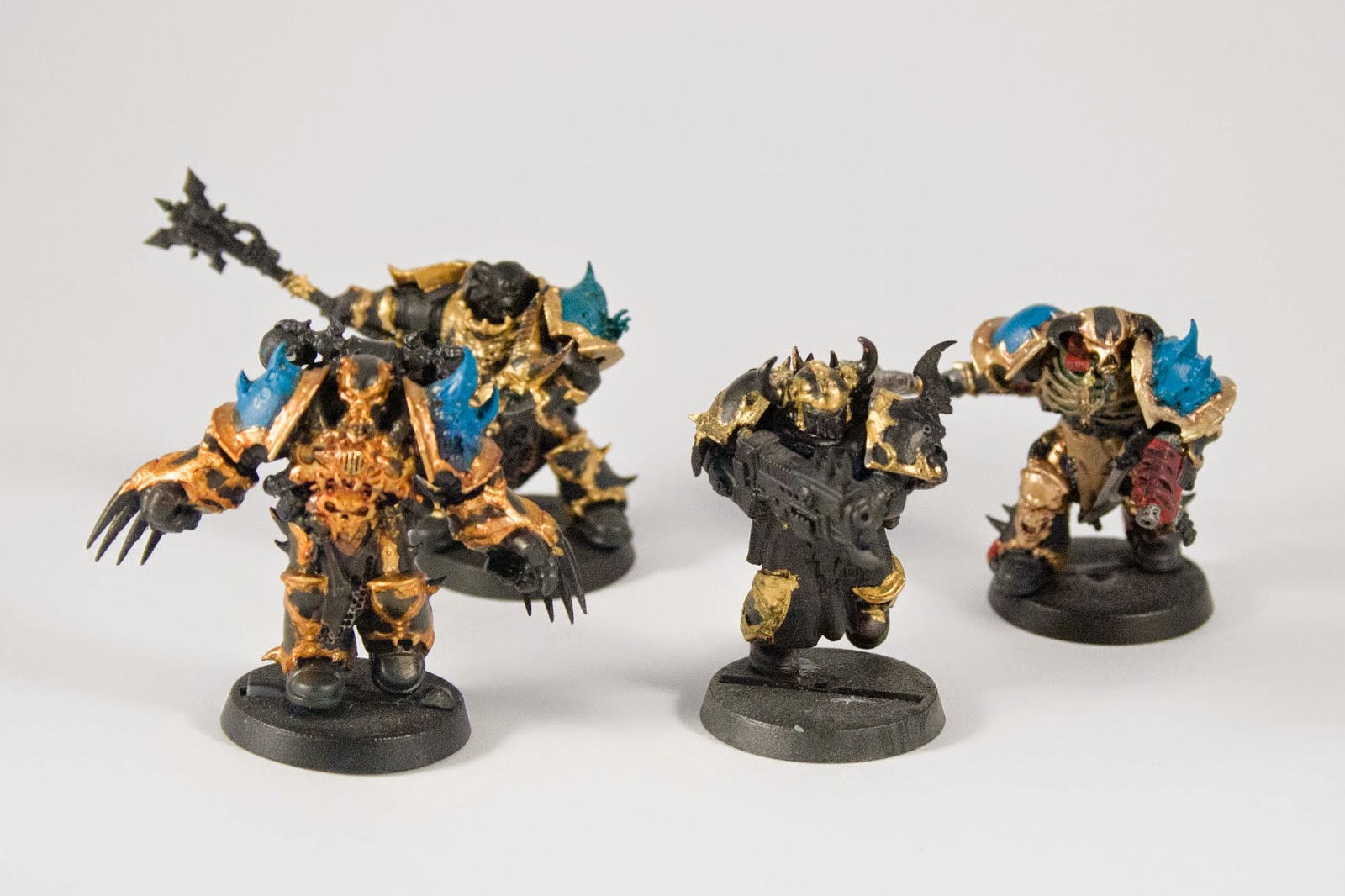 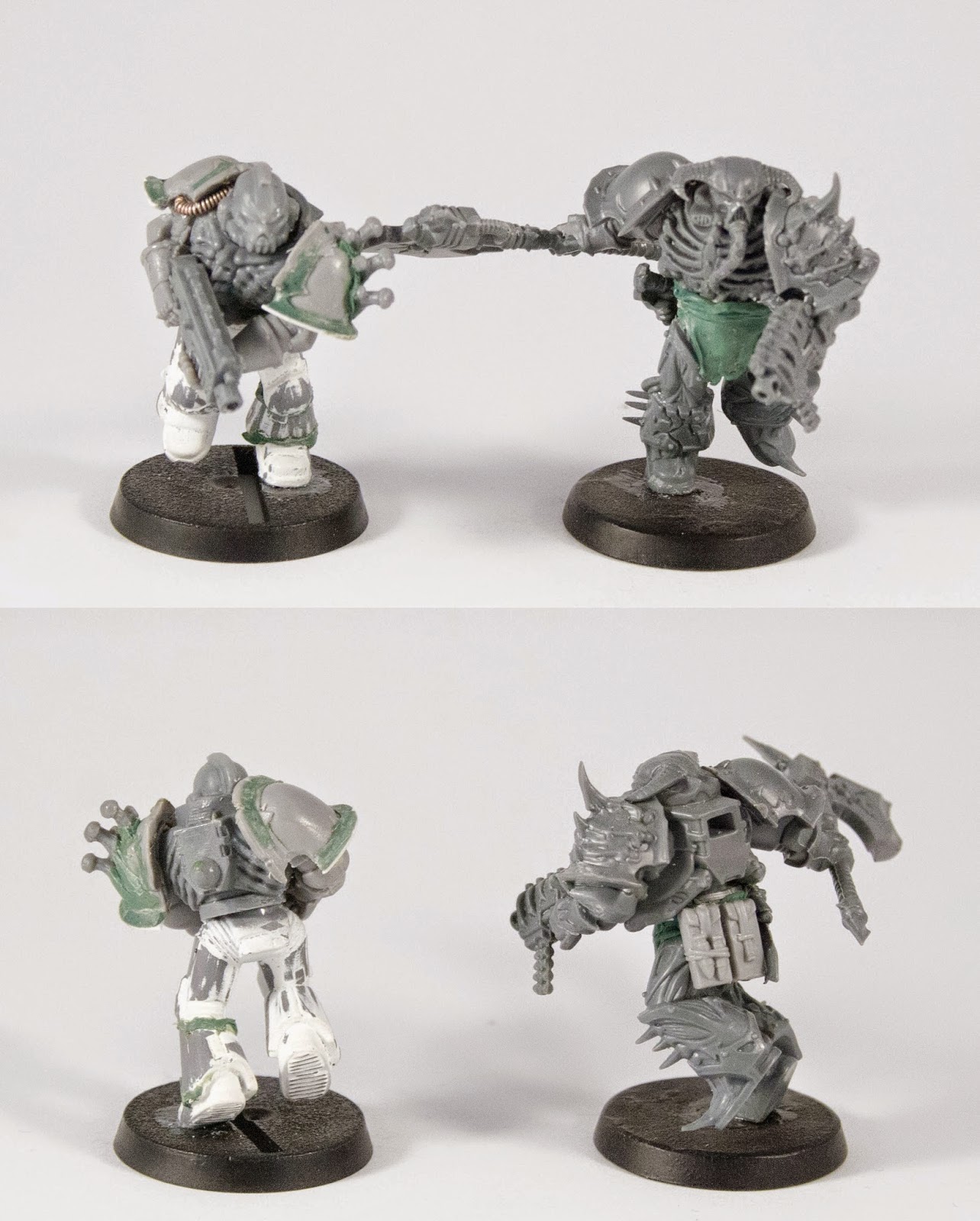 Cultists. The top lot are finished. Champion below that (also complete), then some that are almost done, and the un-started cultists. 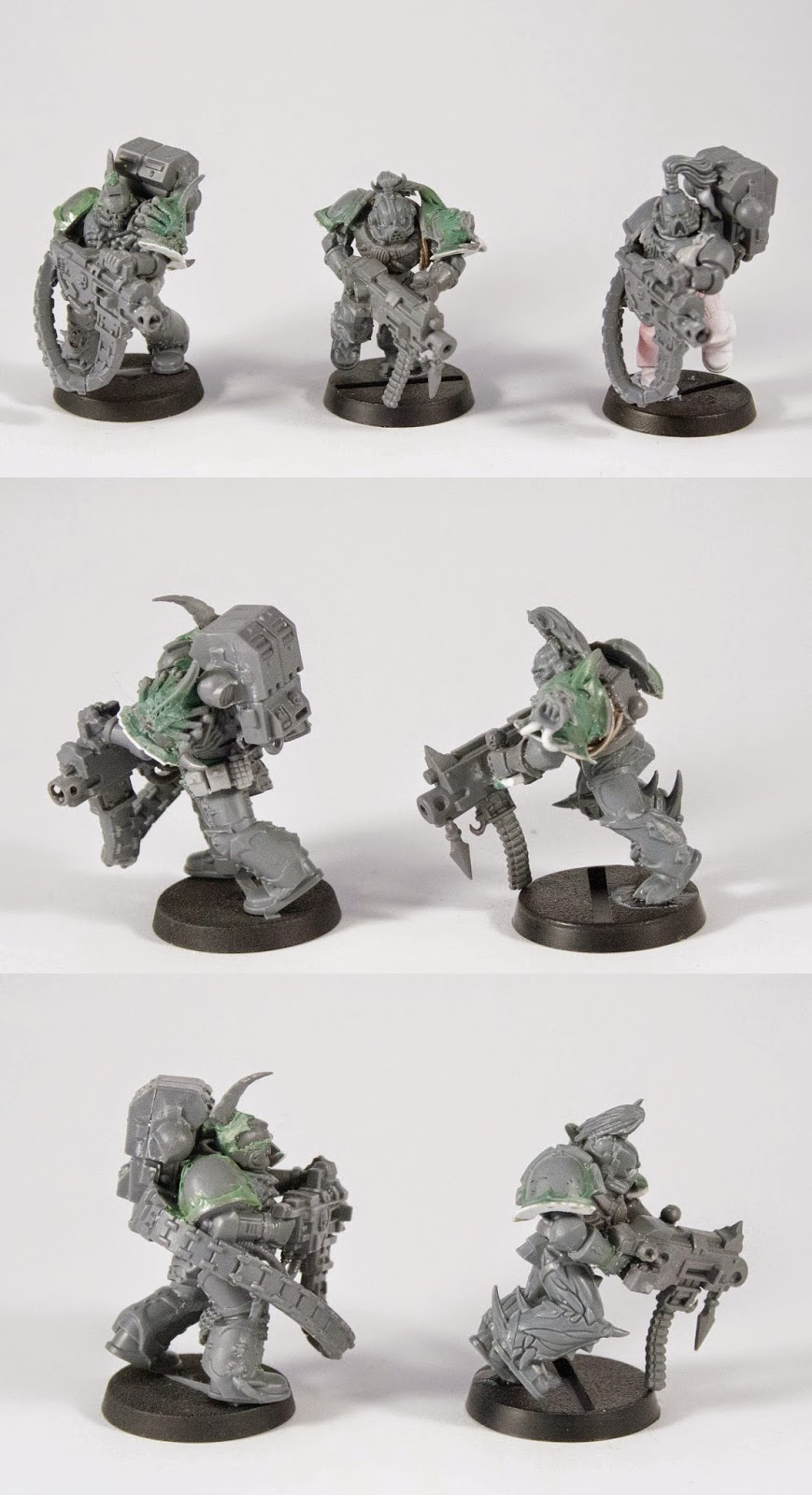 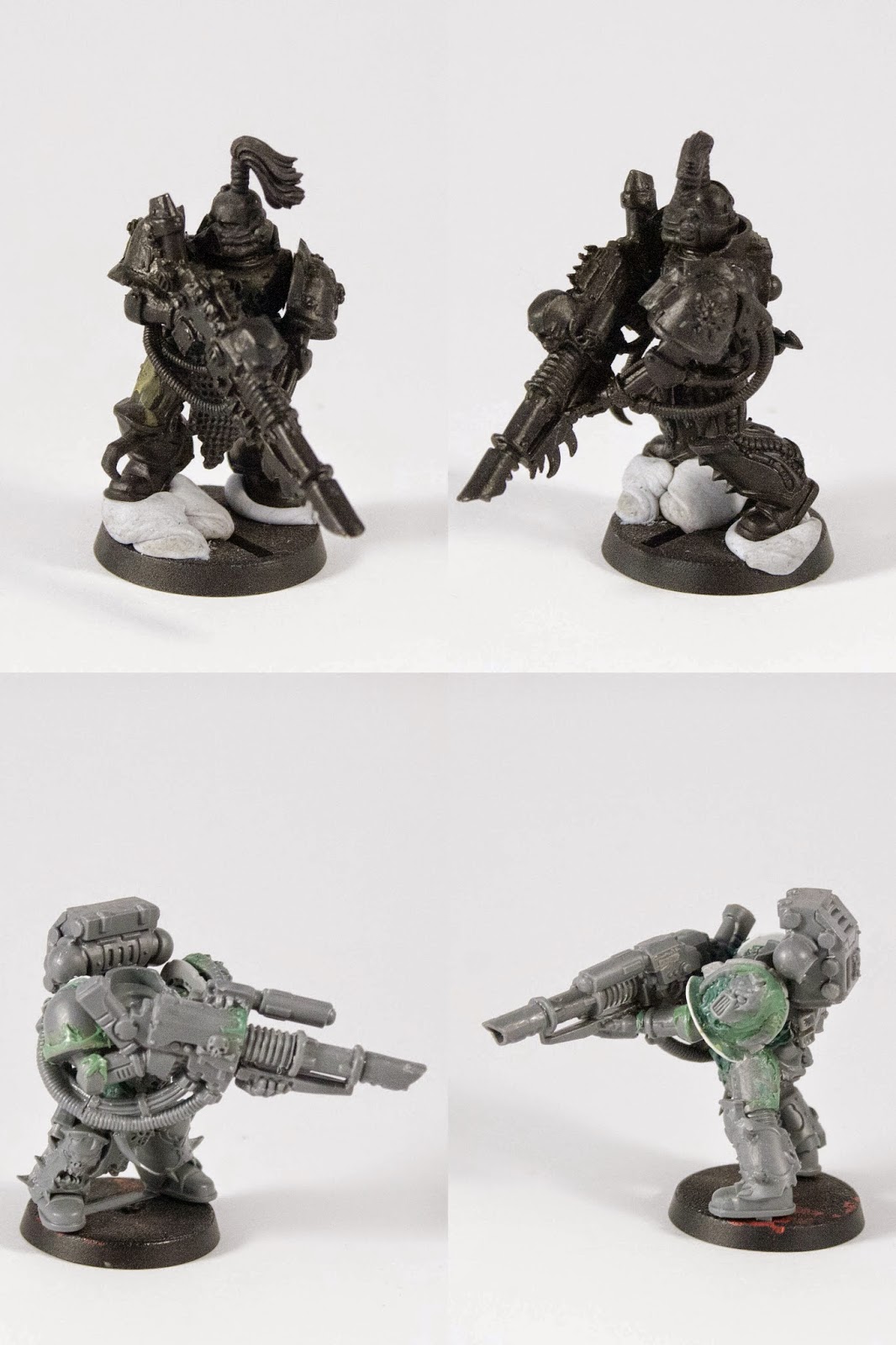 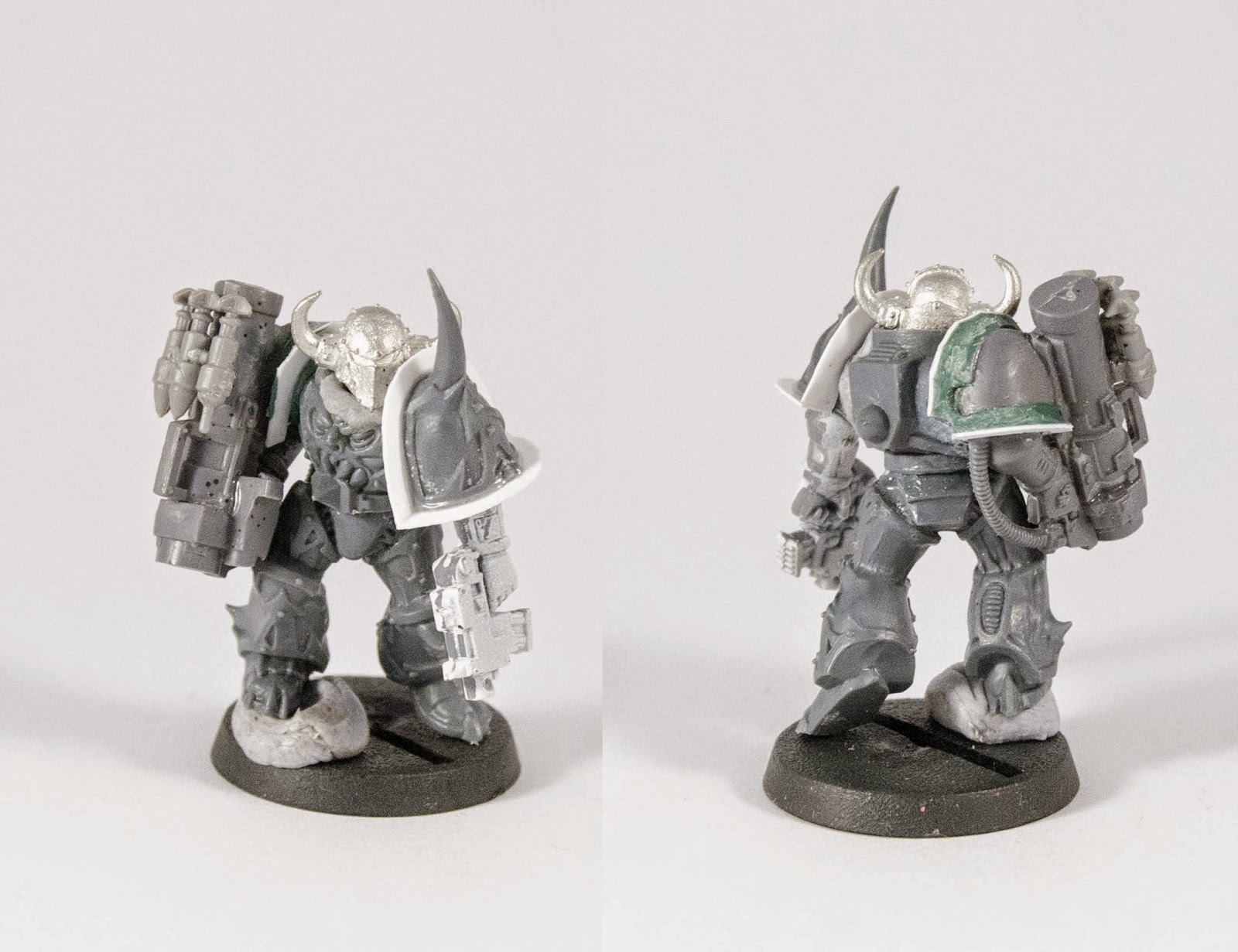 Partially painted Hellbrute. This fellow is proving to be quite fun to paint, but I won't need him till March, when the league jumps from 500 points to 750.

And finally we've been playing quite a bit of necromunda along side our Mordhiem games, so here's a work in progress shot of my Cawdor gang, 'The Red Redemption'. 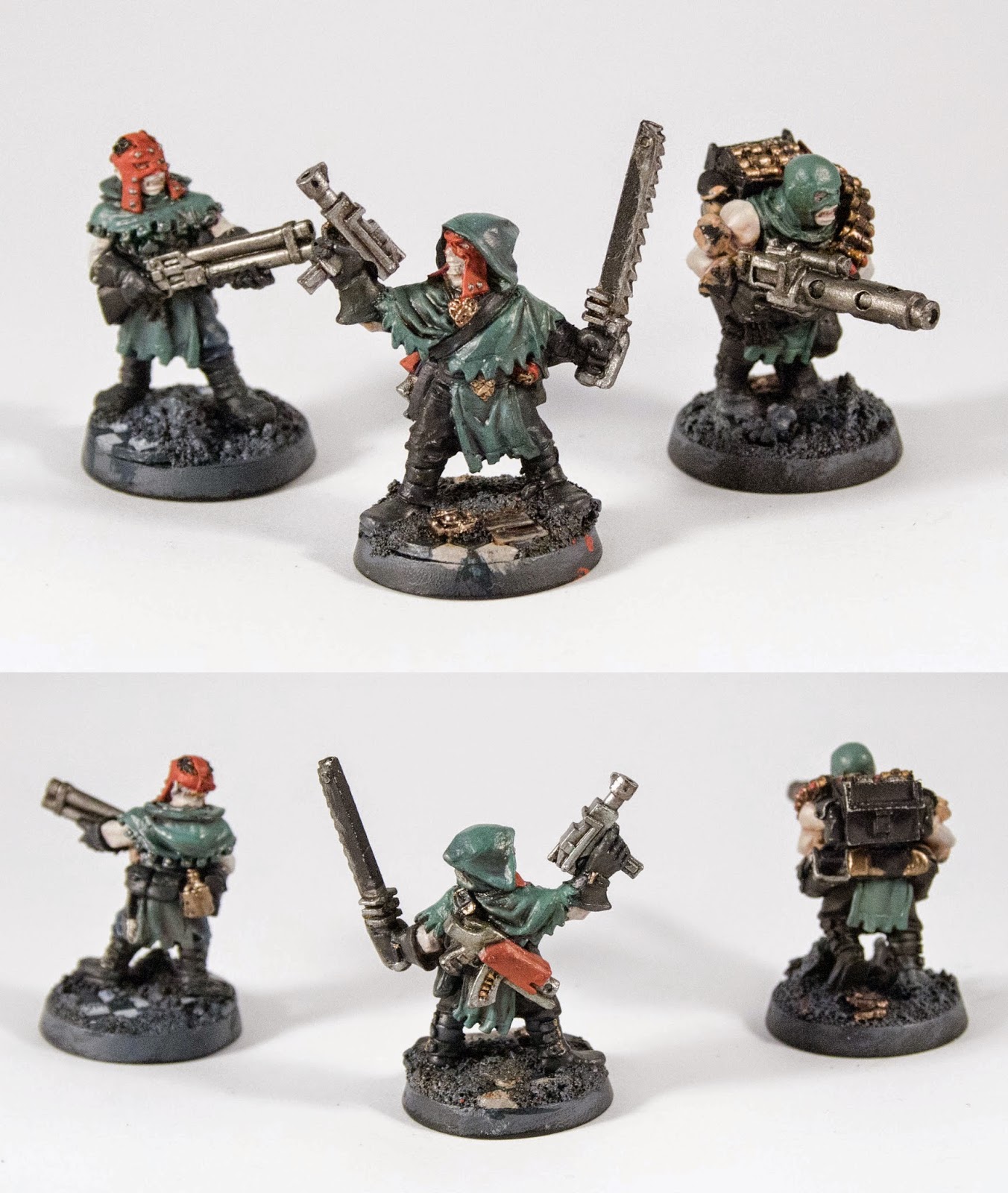