Skip to main content
June 14, 2011
Well, as I'm working on getting my 500 point campaign running I thought I'd better make sure I have enough models to make a force in it. To that end I've got 30 swordsmen, 15 halbadiers, 15 free company and 10 handgunners assembled. I'm still a few short on the swordsmen for now but I'm using the orc from the GW Archers sprue and converted him to have a lance through him to fit the Reiksguard theme. 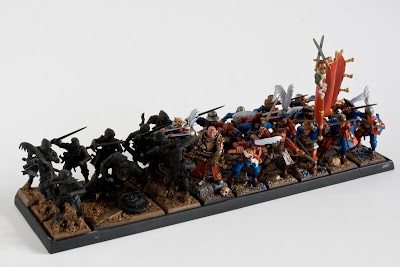 Men at arms that will eventually be the detachment for the Reiksguard on foot (greatswords), again with a unit filler. The unit fillers are probably going to be more common place now as NZ can't buy cheaper models through Maelstrom games and it costs $80 for 10 models here. Sad face. 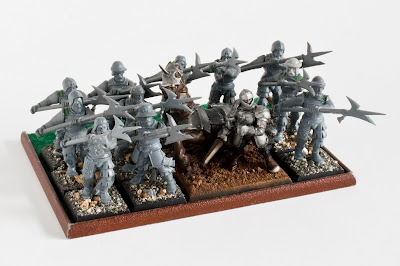 And my ironsides. I probably won't use these imediatly as I've got a half painted unit of the normal GW handgunners ready to go. However it seemed a good time to get the rest of them assembled. 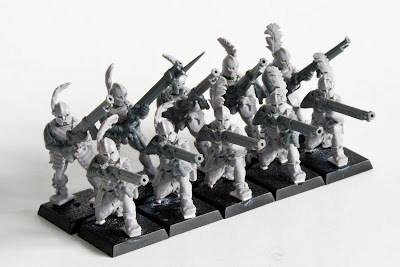 And then, disaster struck! The day after I'd assembled them (yesterday as I type this) we had another 5.7 magnitude earthqauke, followed shortly after by a 6.3 maginitude. It was during this that my computer screen fell over and broke some of the feathers and chipped a few of my display peices 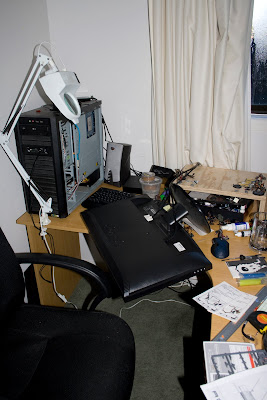 And I've finally gotten back onto my Cryx. I've almost finished my Seether, and then I just need to finish the caster (Mortenebra) and I'll have a 15 point force. 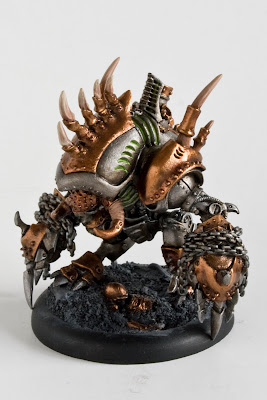 And finally a Khopesh that I'm doing for one of the guys at our local club. He's made a Heirotitan for his tomb kings army from a plastic God of War figurine and needed a weapon made. Progress so far is to cut it from plasticard. Once I've got some feedback I'll get to adding runes from greenstuff and sharpening the blade. 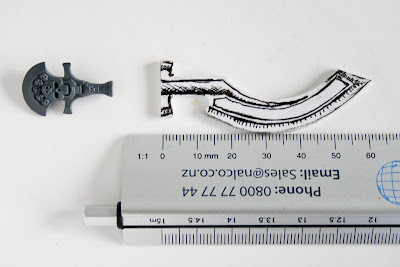