Skip to main content
August 06, 2011
Wow, it's been a while. I knew I'd been slack in blogging but didn't realise it'd been almost a month since my last post. I haven't been entirely slack though. I've managed to get a new job, almost finish my handgunners. I just have to finish the flag on 3 of them. And the bases, then I can varnish and flock. However I've started to play 500 point games as part of a campaign I'm running. And since then I've decided I need a marksman with a repeater handgun. So now I've got to paint once of those. *sigh* 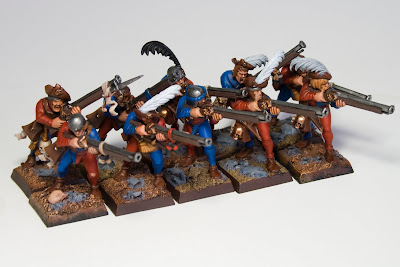 Some progress has been made on my unit fillers. This one is going into either the Rieksguard on foot or the men-at-arms detachment. I'm also struggling to work out what I can do as unit fillers for my other units. The main problem I'm having is 'presence' within the unit. For example the knight and his down horse work really well. It's using 1 model (to replace 4) and it fills the 'space'. 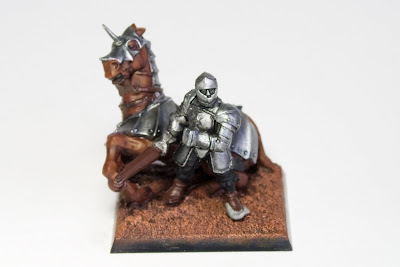 As apposed to the orc whose been hit by a knight with a lance. He looks good by him self and it's only one model taking up the place of four. But he just isn't big enough and when you put him with a unit there's a large 'gap' where the models heads should be. I suspect I could fix it by adding a model to the corner or a spear in the ground with a flag on it. But I'd really like to come up with something for the swordsmen. I had thought of doing a fence through the unit with 1-2 men climbing it. It seems a little 'over the top' though. We'll see. 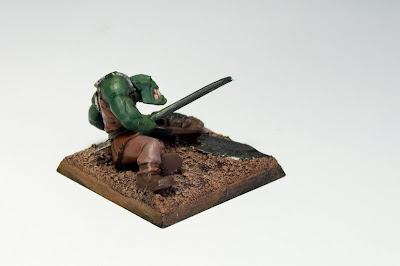 I've also started doing some 'commission' work for my flatmate. I'm basically just painting some of his characters up and he's give me terrain for it. Seem's to work as he's very good at making terrain and I'm better at painting than he is (and/or I enjoy it more). 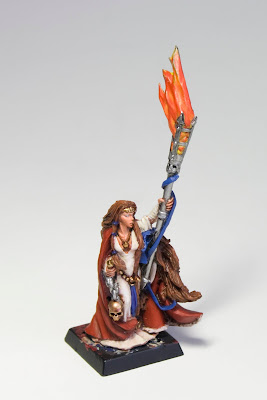 I've also done a little bit of work on Mortenebra. I had to pin her arm as it kept falling off. And now I've got her skirt done I just need to work out a way of painting it to look lacy. I want to get some sort of petticoat look so that once the rust and stains go on it get's a very contrasting look. 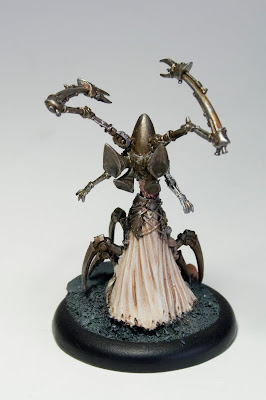