Skip to main content
April 29, 2013
With the Ides of May coming up fast I've had to start considering what I'm going to take for an army. I eventually decided on breaking my Chrace High Elf army out of storage once I heard there was a new book coming out. It will be my last chance to use them as they are under the current rule set. As it's a themey campaign style tournament I asked the umpire if I could use units from the Storm of Magic book and was allowed to for theme reasons, so in a future update I should have some White Lions of Chrace being modeled up as a unit in there own right (that's the lions from the lion chariot model, not the elven unit of the same name)
Meanwhile, I've managed to pick up some of the Great Eagles from the Hobbit, as they're supurb models. I've also got a pack of resin ruins from Scibor. After an evening of playing computer games and modeling I managed to get the first of these based. 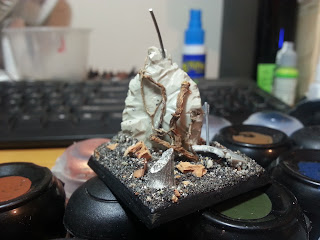 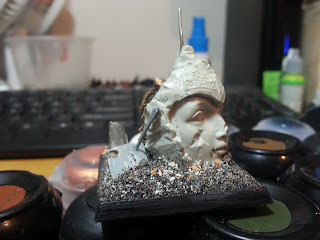 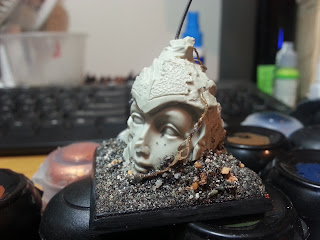 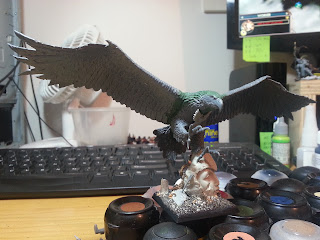 I'm not to sure about the 'armour' plate on his chest, as it means I'd need to 'fasten' it somehow, probable straps up around wings/neck. And probably some head armour as per the new Roc model for the skycutter. I do like the idea though as it allows me to paint some of the army colours on him.


And I've also been working on some terrain for Dystopian Wars. I used it at a small tournament a few weekends ago, and it seemed to do the trick. Now I've just got to finish flocking them. I plan on adding one more colour of flock from what you see here, and add some clump foliage to look like trees and overgrowth. 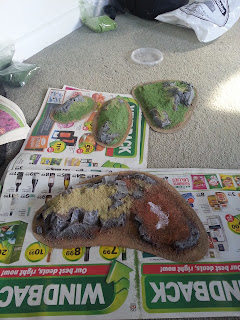