Skip to main content
September 29, 2013
Well, I've been trying (and failing) to meet our tale of 4 gamers painting deadline and failing epically.
Below there are some of the conversions that I've been working on with the basic chosen. Simply cutting off the helmet horns, and adding different parts does a lot to change the look of the model I've found. I still have another 2 of this pose of which I'm going to turn one into a plasma/melta/flamer. 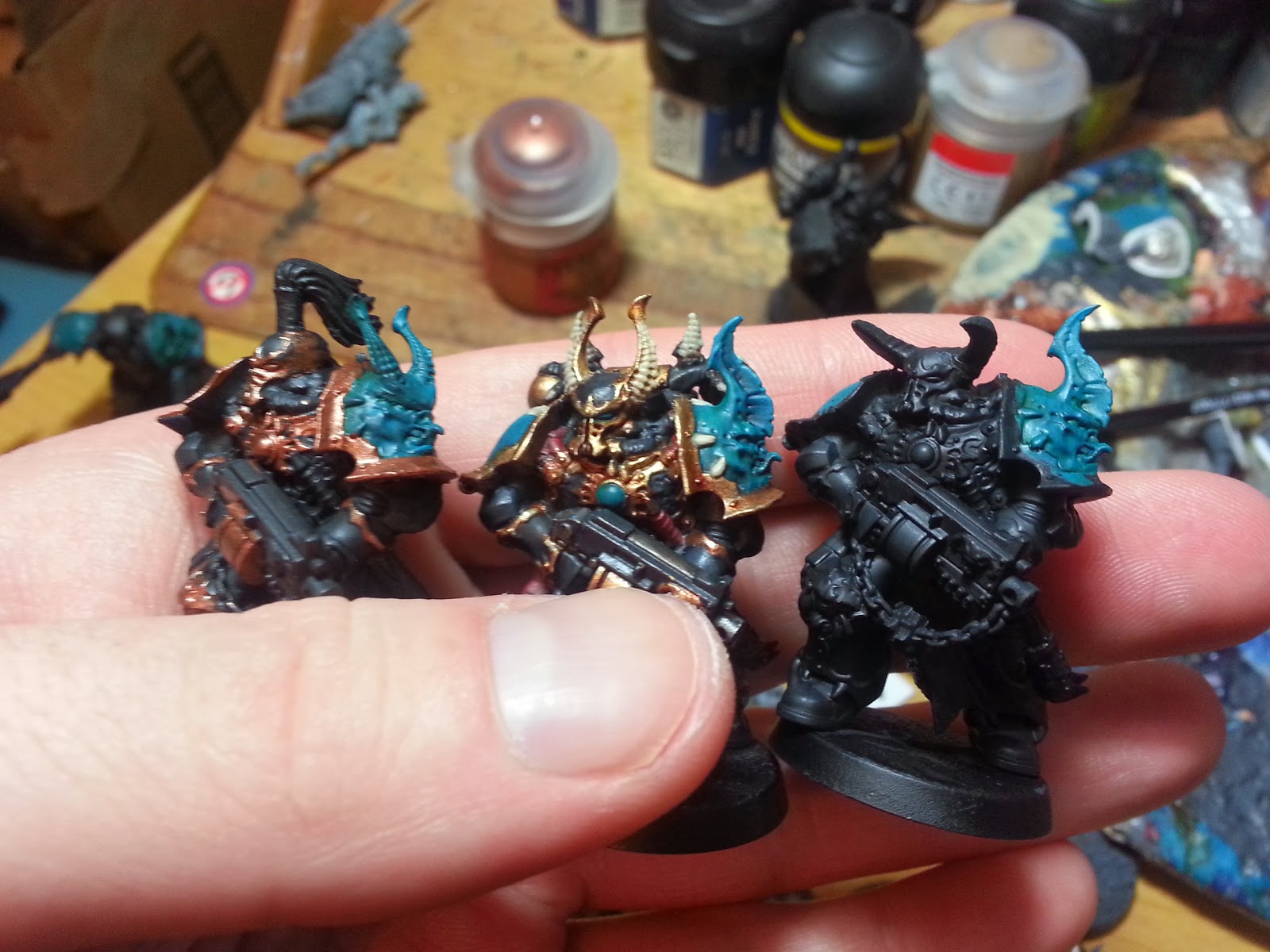 The test marine. As the alpha legion do so much covert ops, I've done their armour in a black, with only the shoulder pads. Being Chaos I couldn't go with out the gold trim everywhere though. 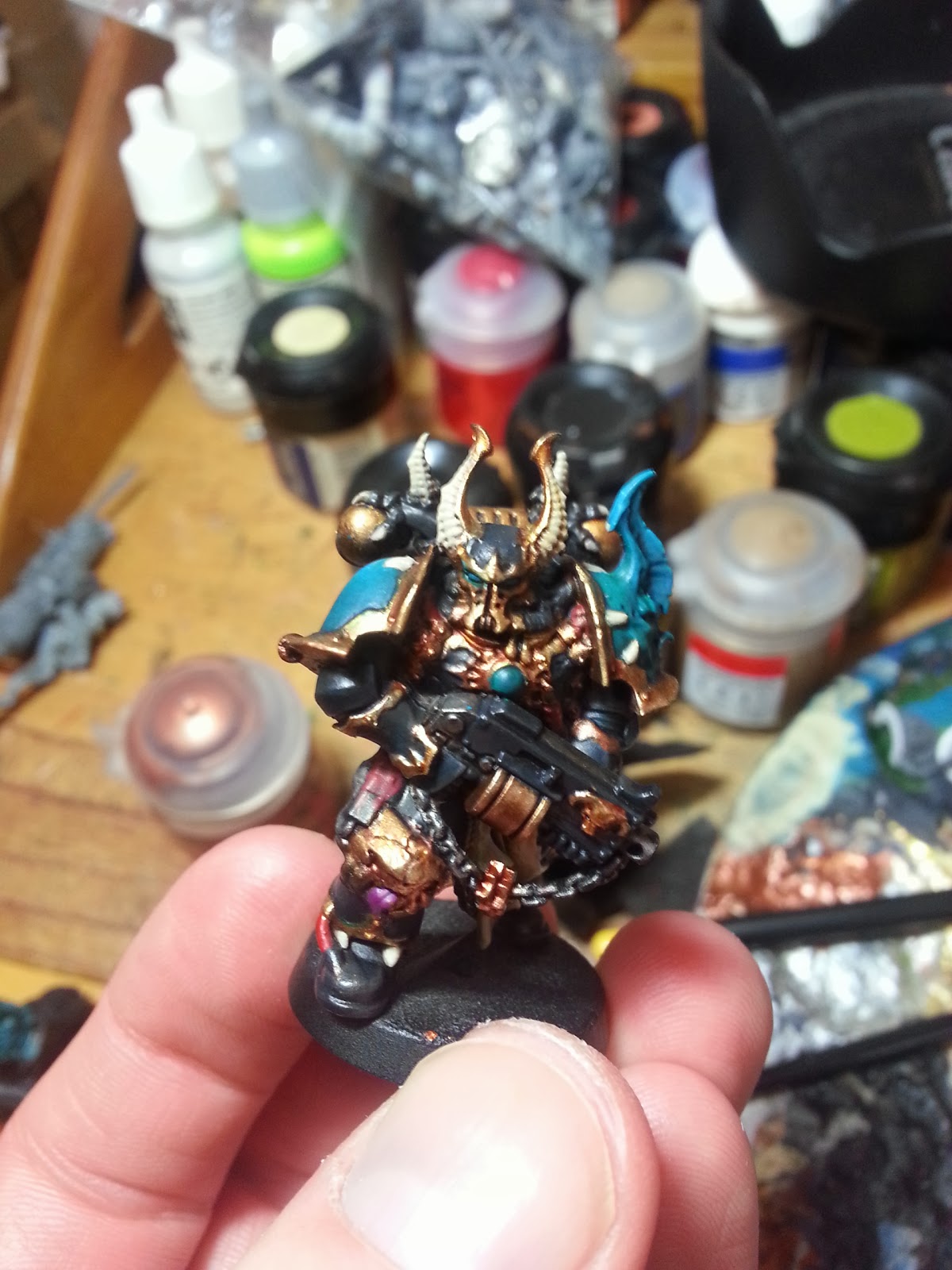 First of the Havoc's. Using the possessed legs and torsos mixed with standard chaos marine parts (and an Iron Warriors las cannon in this case) really does a lot to fit them in with the chosen from the boxed set. 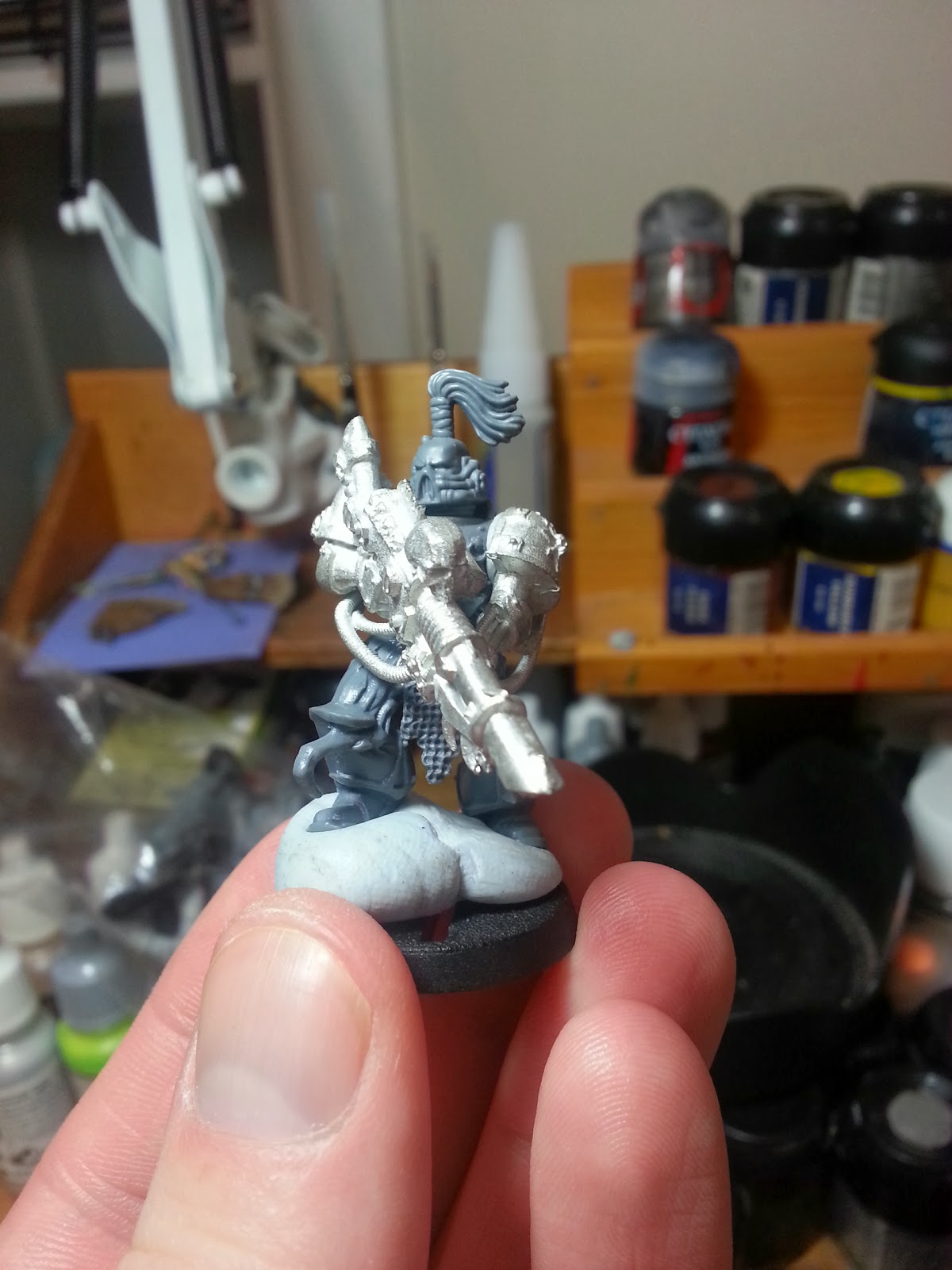 Alternate head pose above and below. I ultimately went with the top version for reasons I can't quite explain. 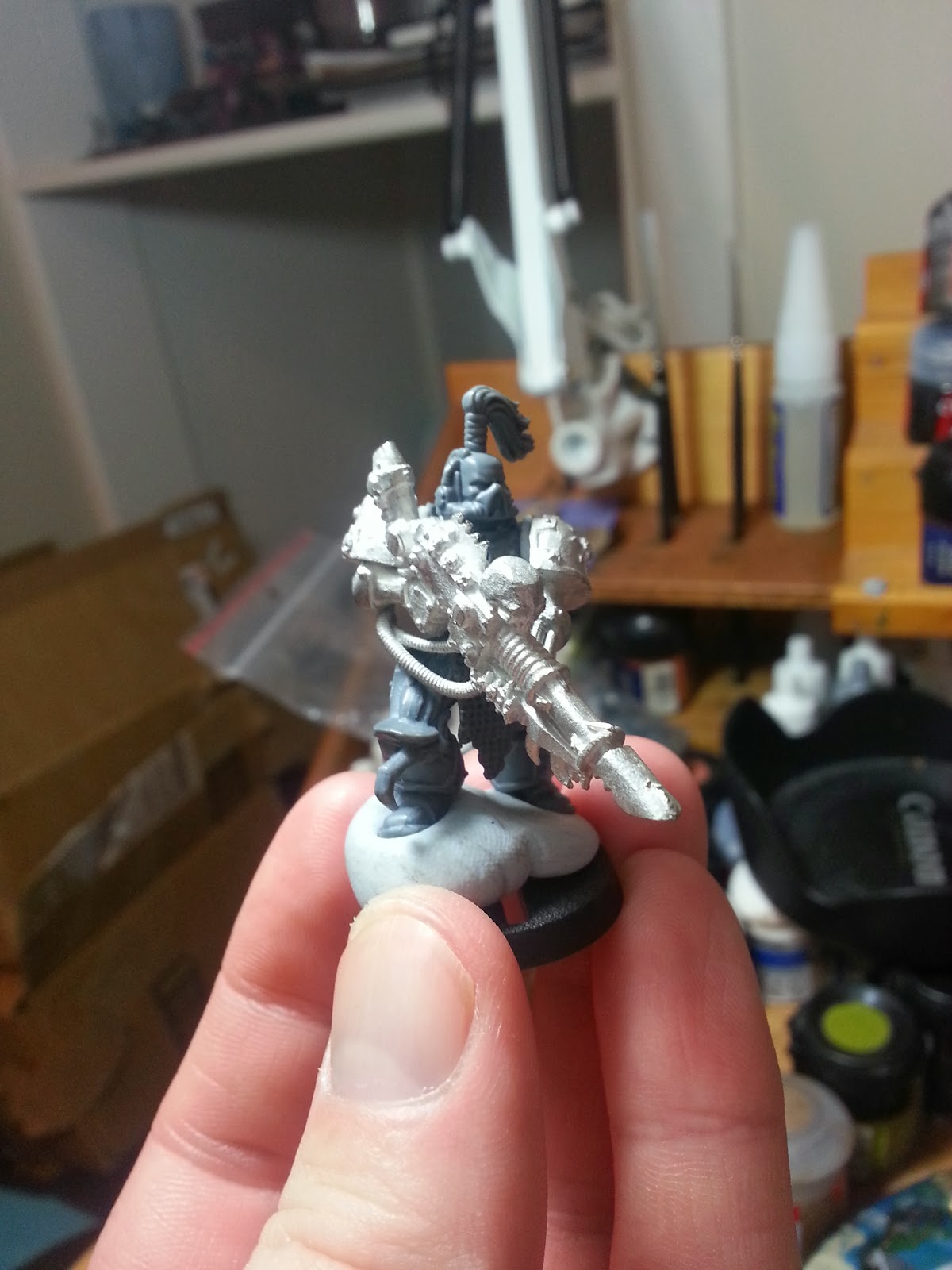 Plasma gunner with standard assault marine legs (copiously greenstuffed) plus an Iron warriors hat. Plenty of work being done on an extra 5-6 more like this. 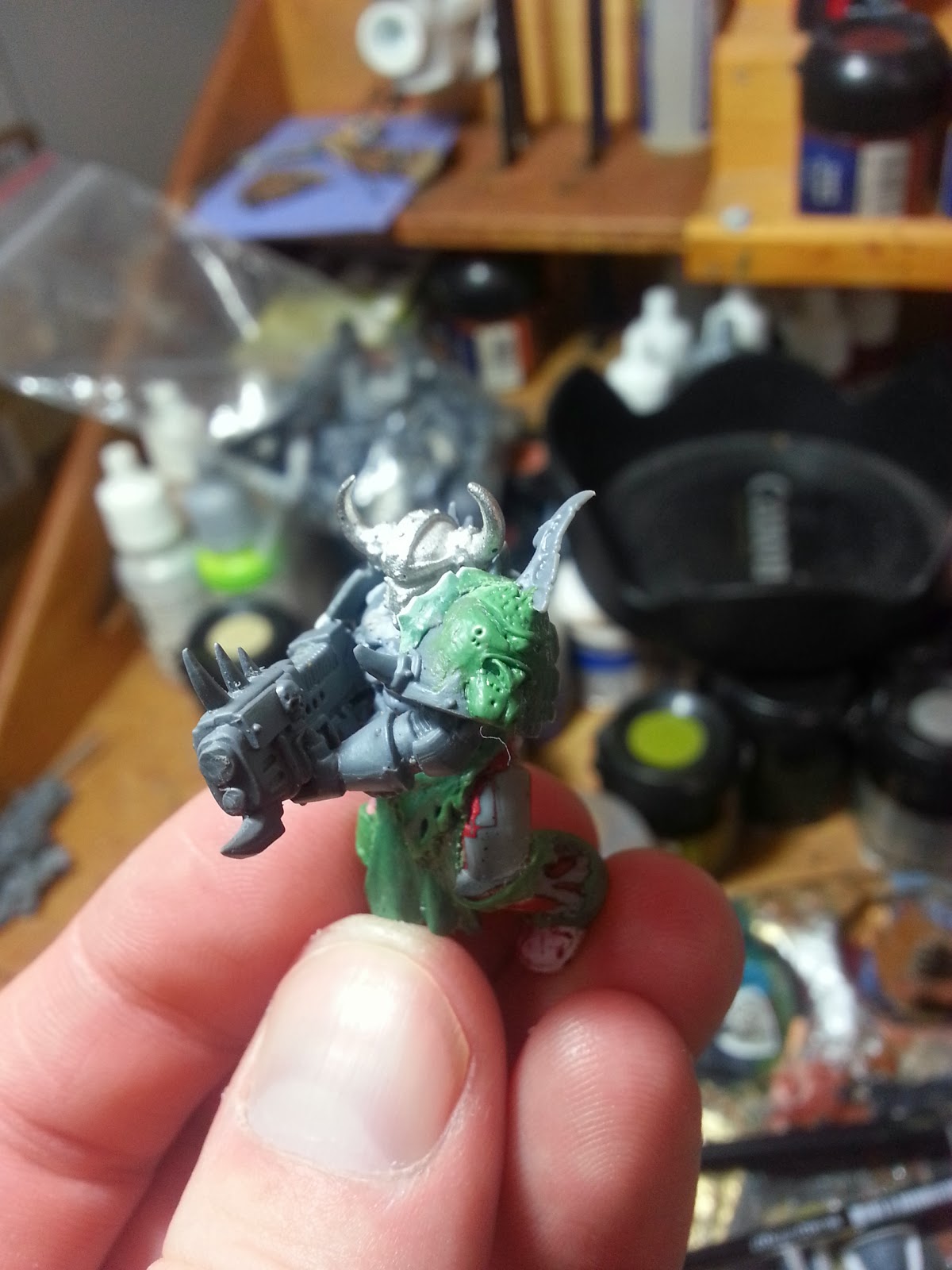 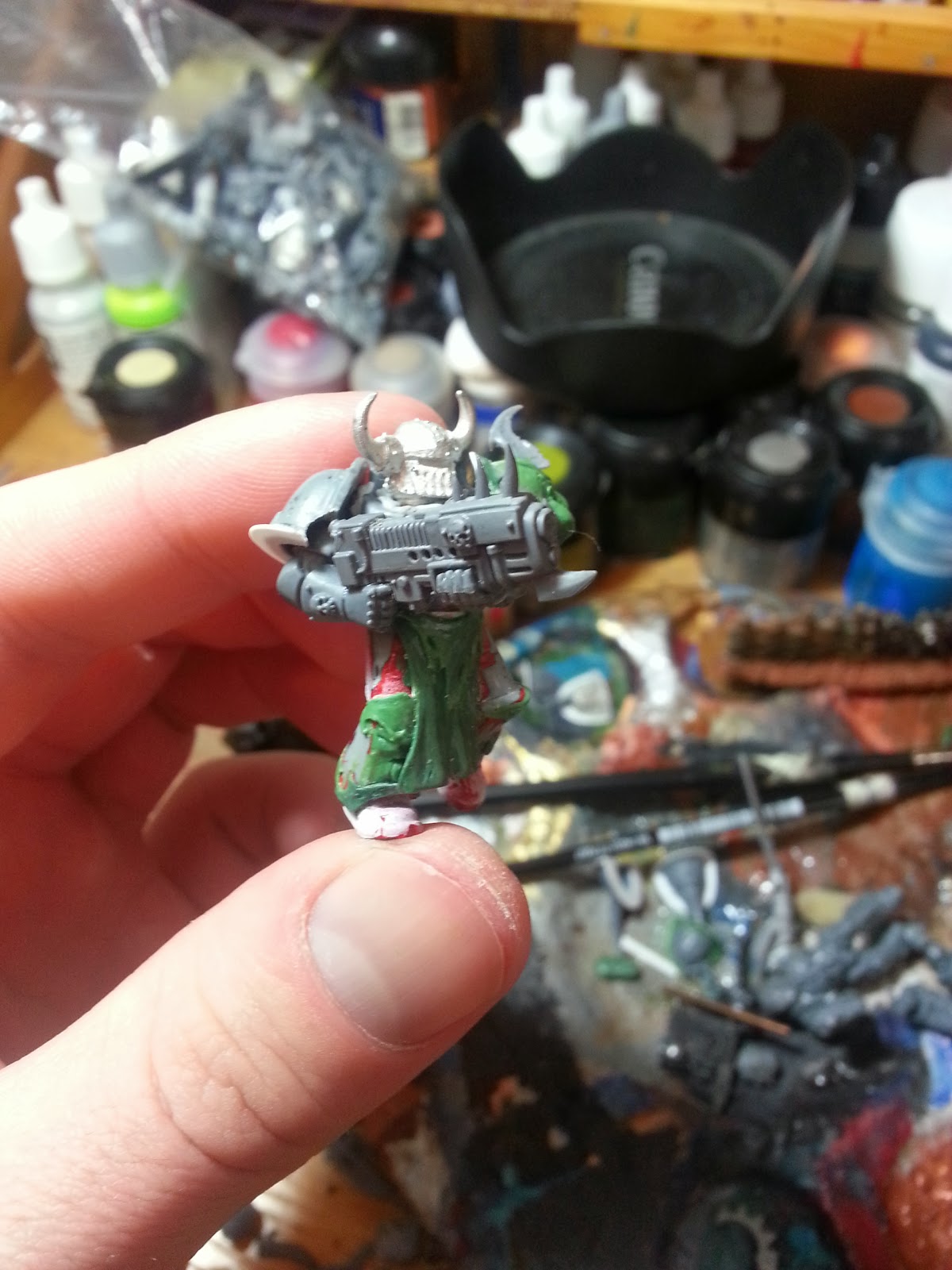 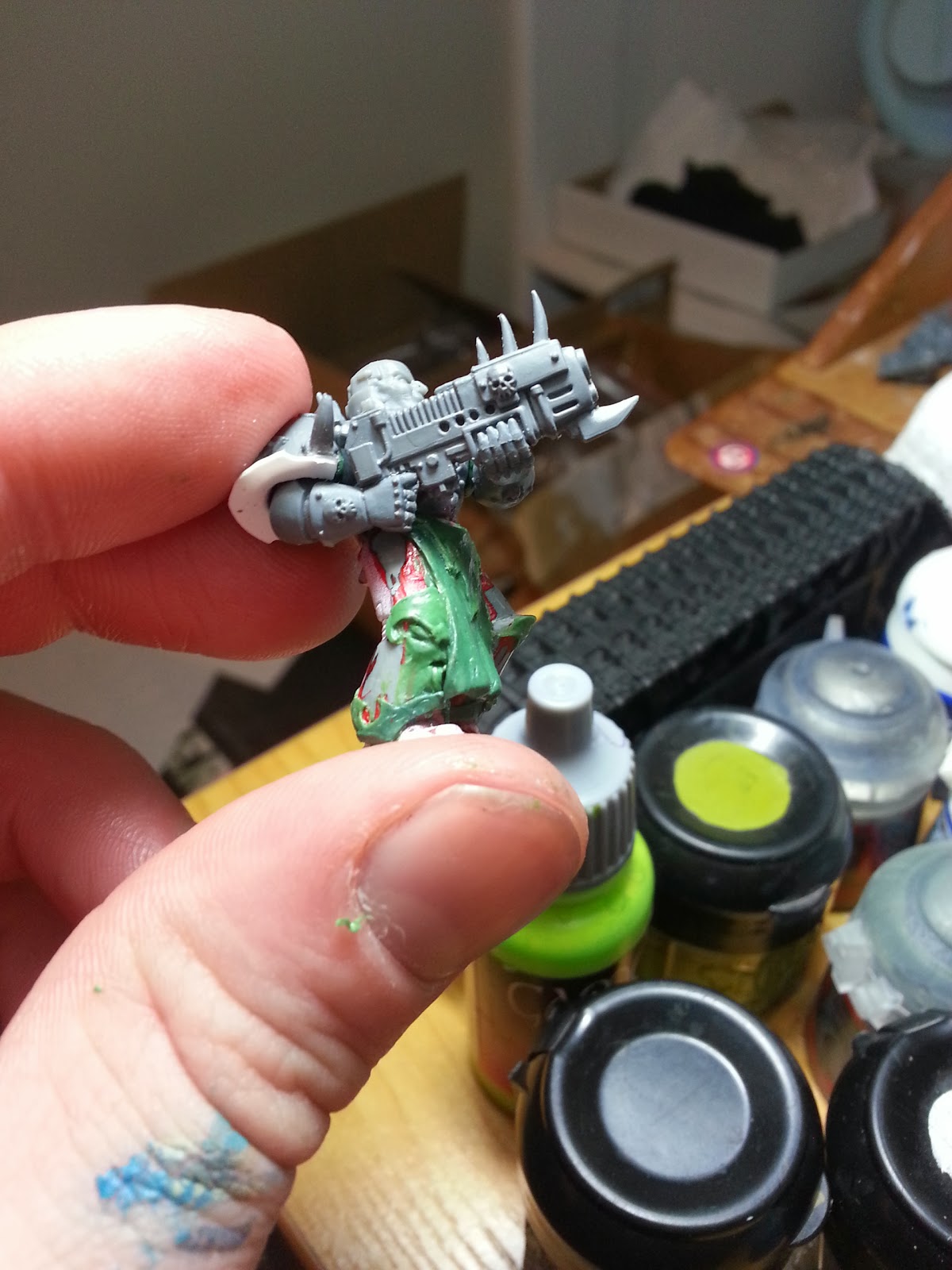 An early shot of the shoulder pad. They were surprisingly easy to convert. Just a bit of plasticard down the back/bottom and green stuff the corner so it matched the style of the chosen models and viola. 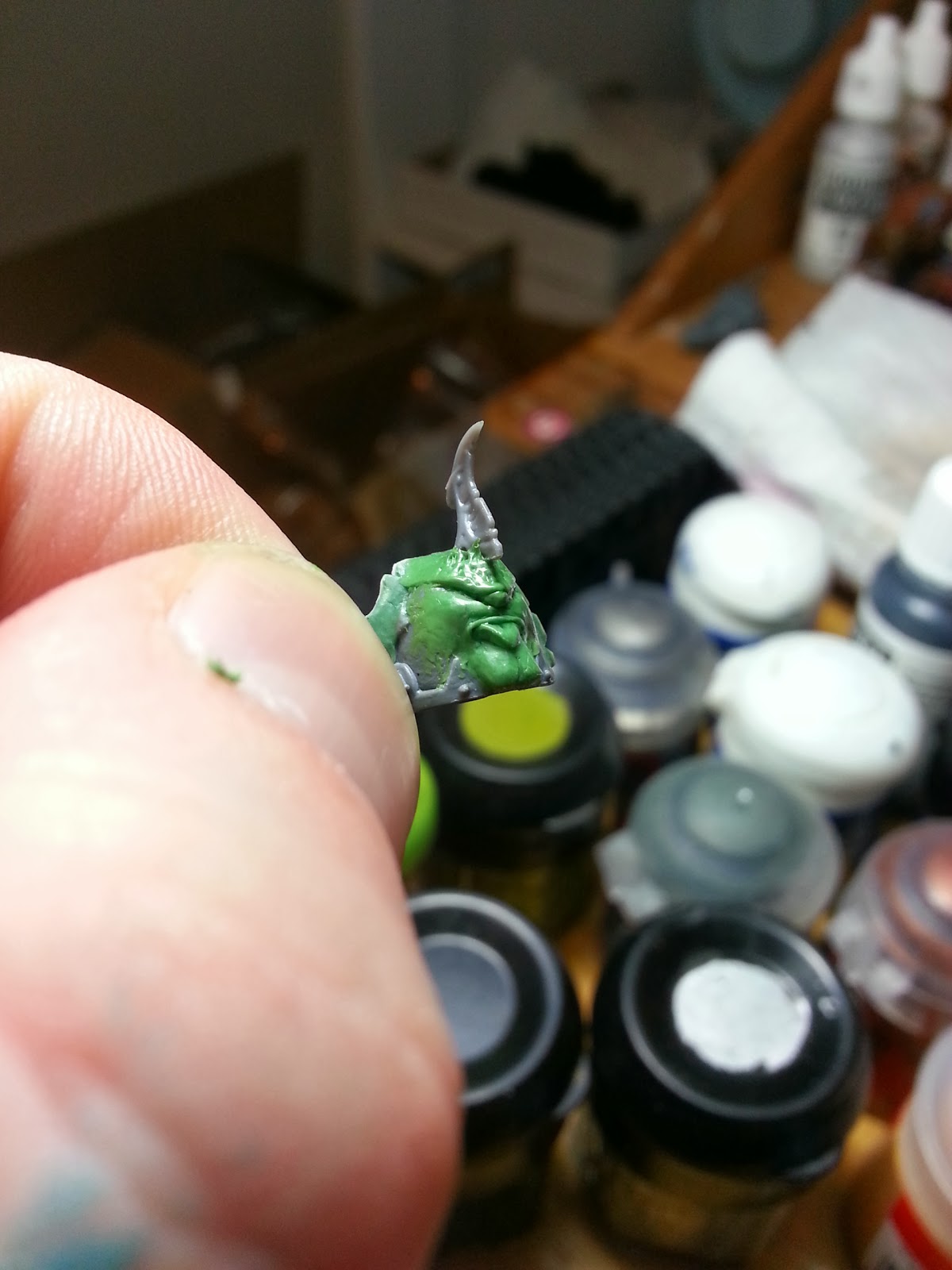 As to the cultists, I've got 7 more half painted, then that leaves only 6 more of the first 30. *sigh*
Hopefully I should have them ready for the next update.