Skip to main content
October 30, 2013
Well I've been at it again, starting new projects before the old ones are finished.
With the release of the new Darkelves army book I found I couldn't help myself and picked up the new assassin model and the Darkelves book. Plus I 'needed' those purchases to get me my free entry into Conquest, one of our local tournaments.
Anyway, I had a great idea that the assassin model would make a great lore master for the Highelves. I really don't like the existing model as his hips look strange, plus, he's firing that weird looking octopus/energy ball. The assassin is in a similar pose once he's straighted up and he's covered in ornate armour which I think fit's the swordmaster look perfectly.

Some of the early work, sticking bits together with blue tack. 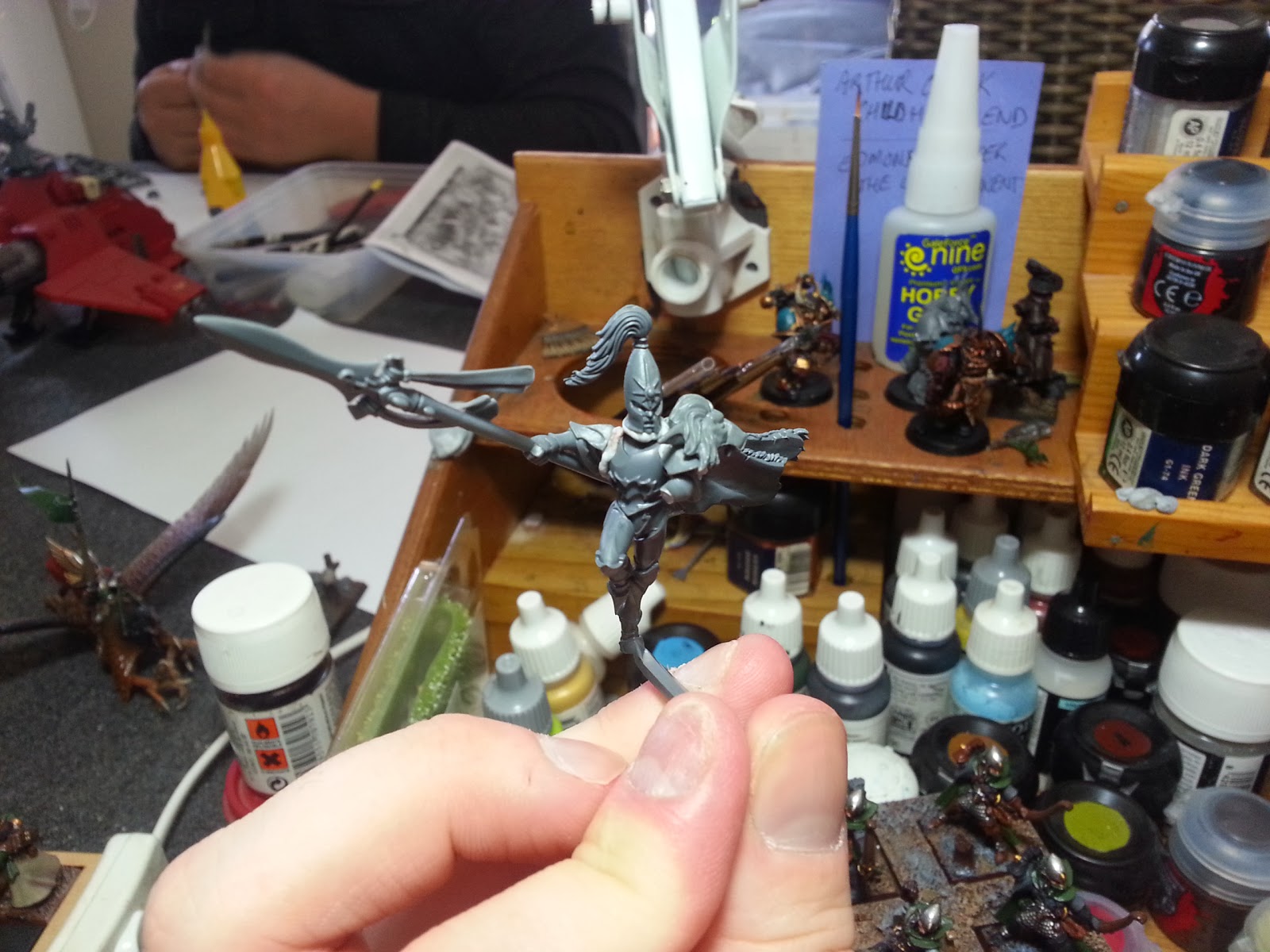 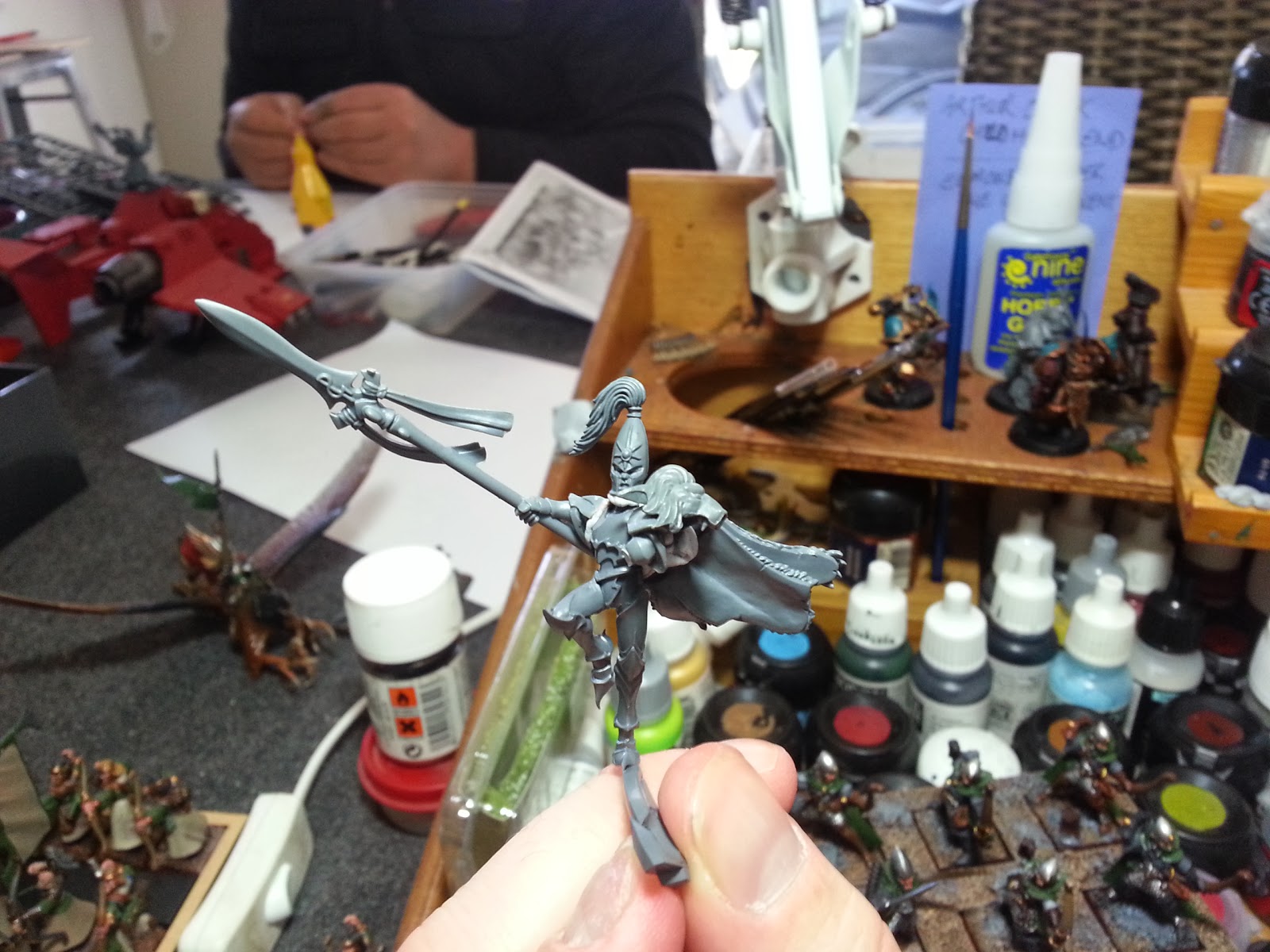 The final pose I settled on. I'd still love to use the great axe and lion pelts to make a Chrace character out of him too, but for now, I've got a loremaster! 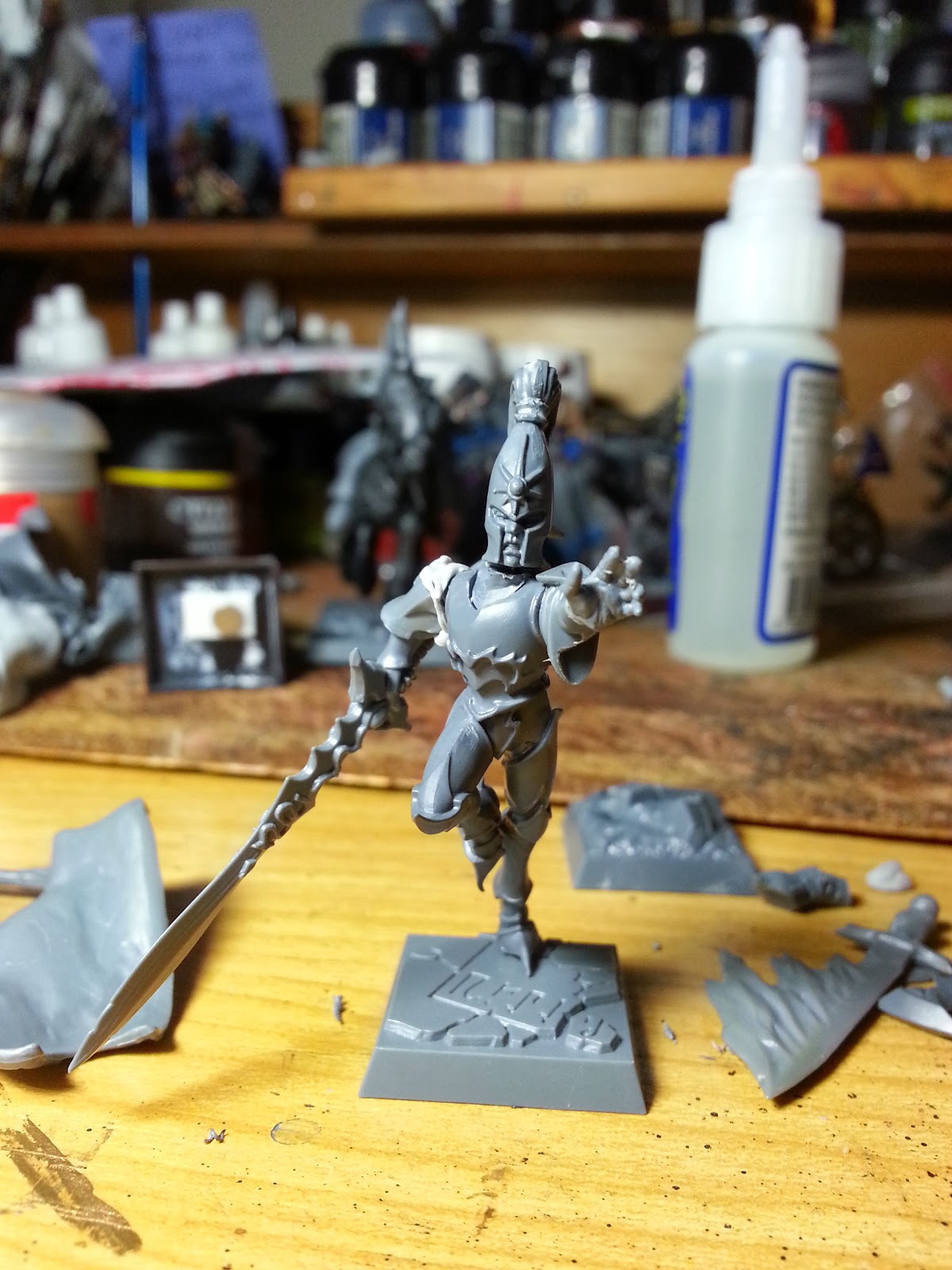 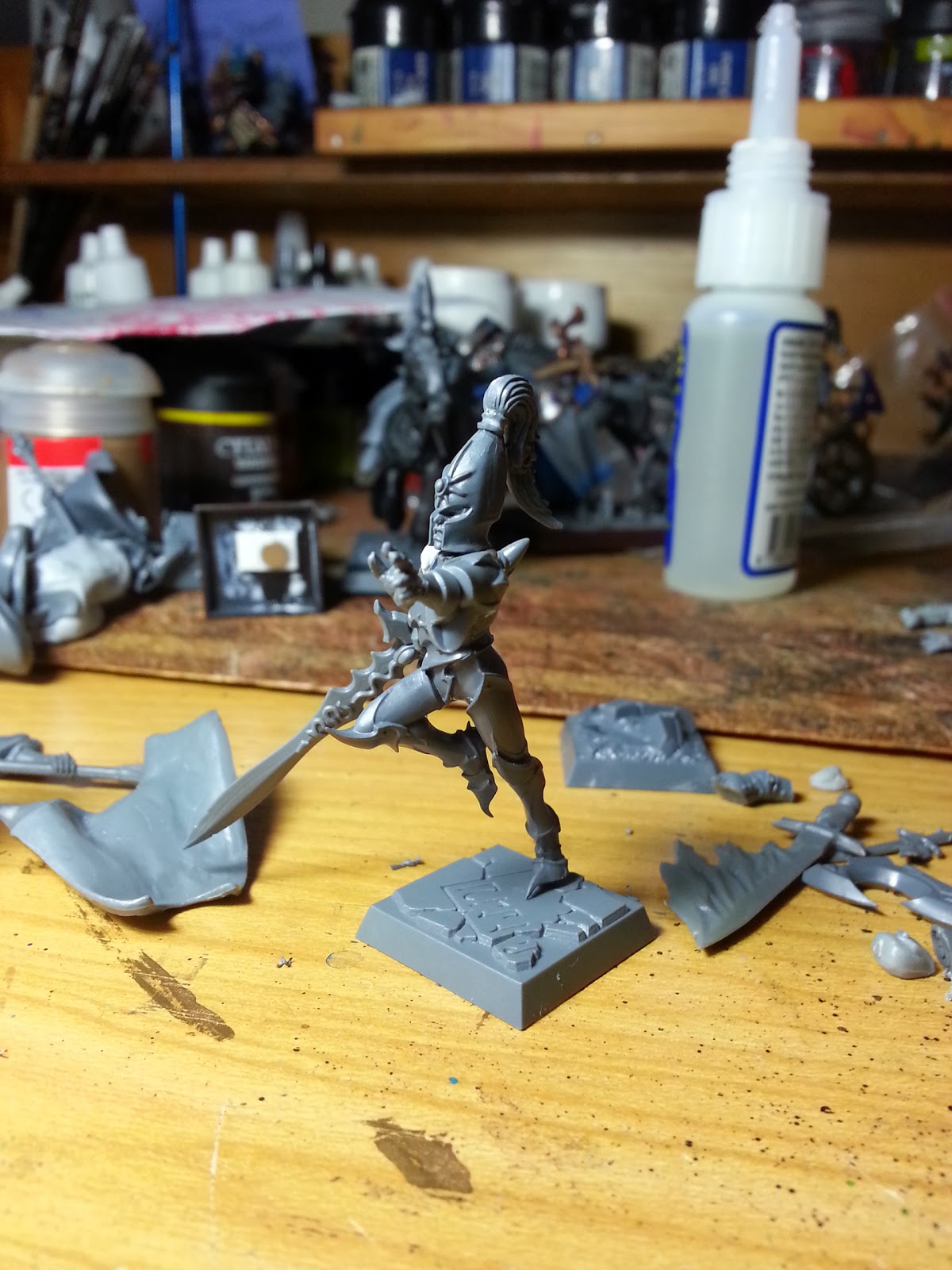 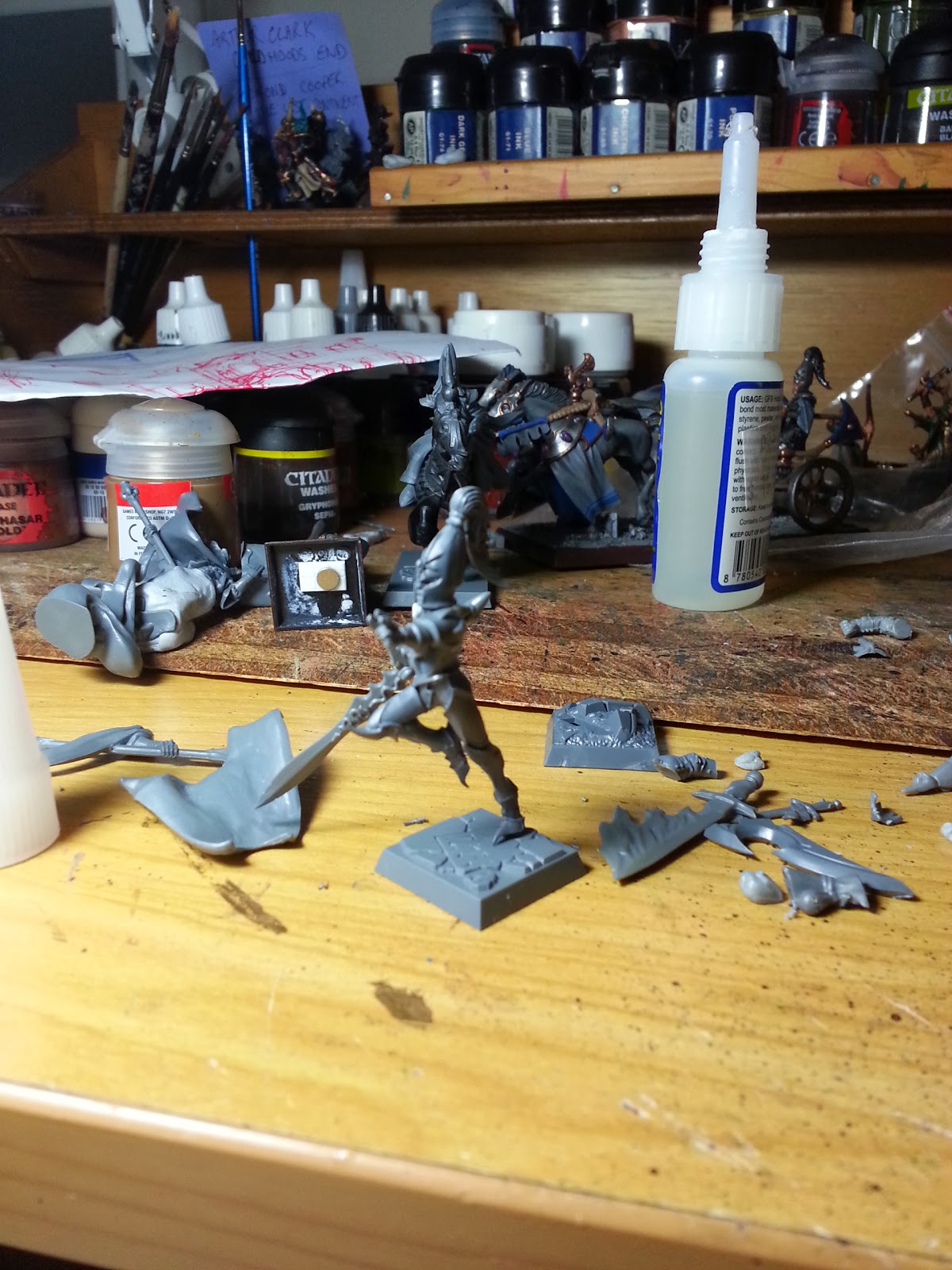 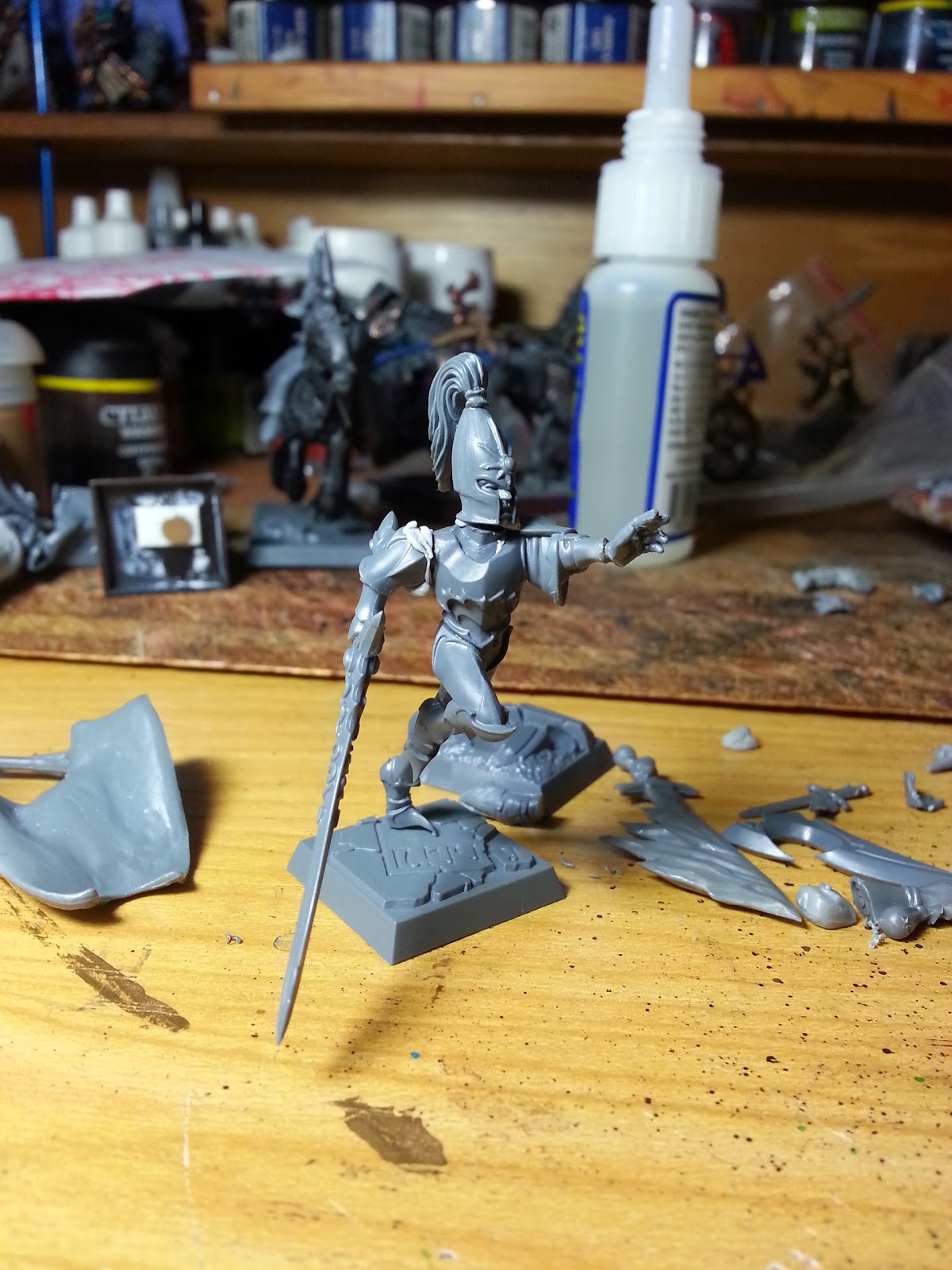 And finally the greenstuff work done tonight. I feel that he needs a pouch and scroll and possibly some potions to make him look a little more like a loremaster though. 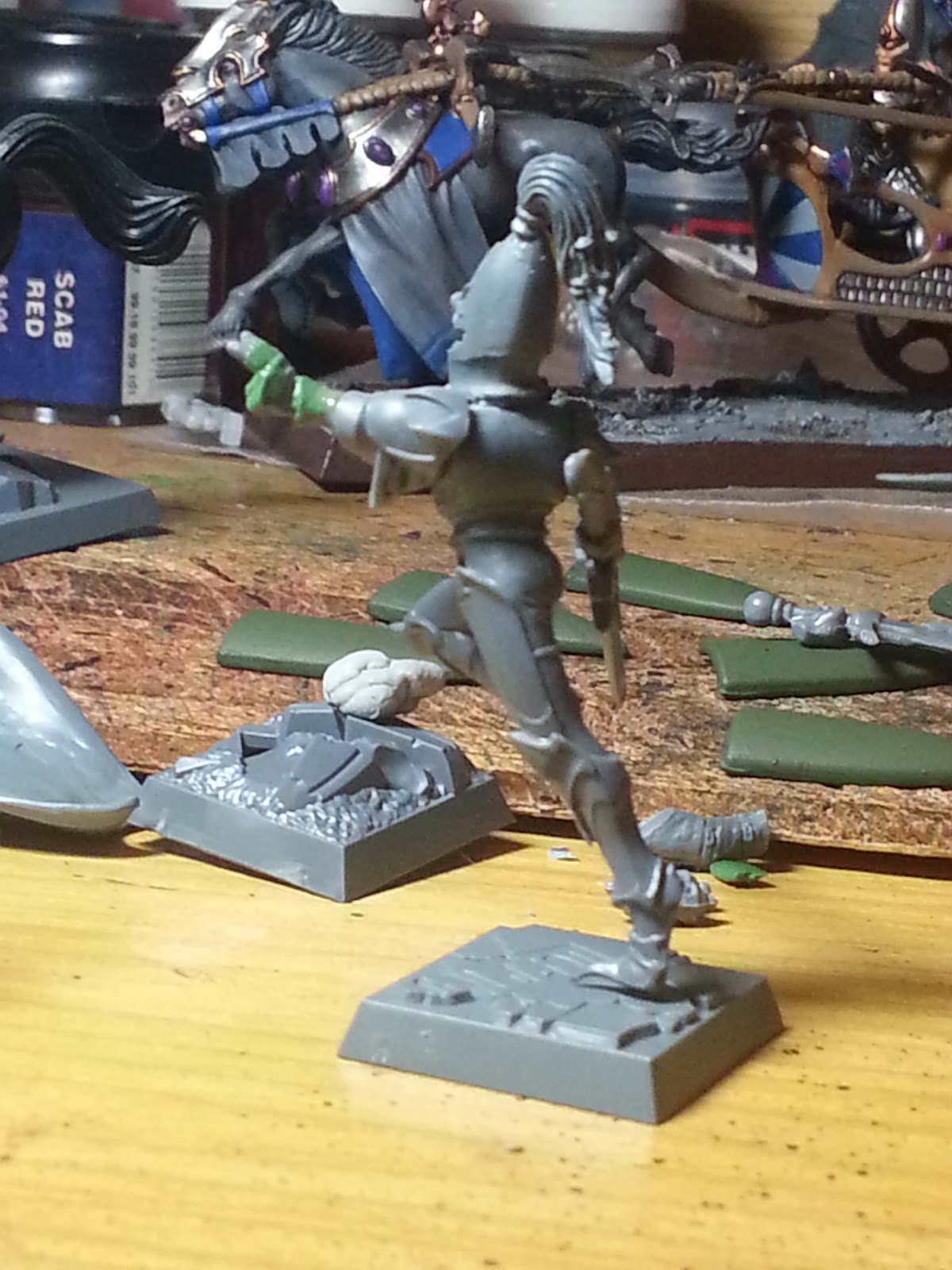 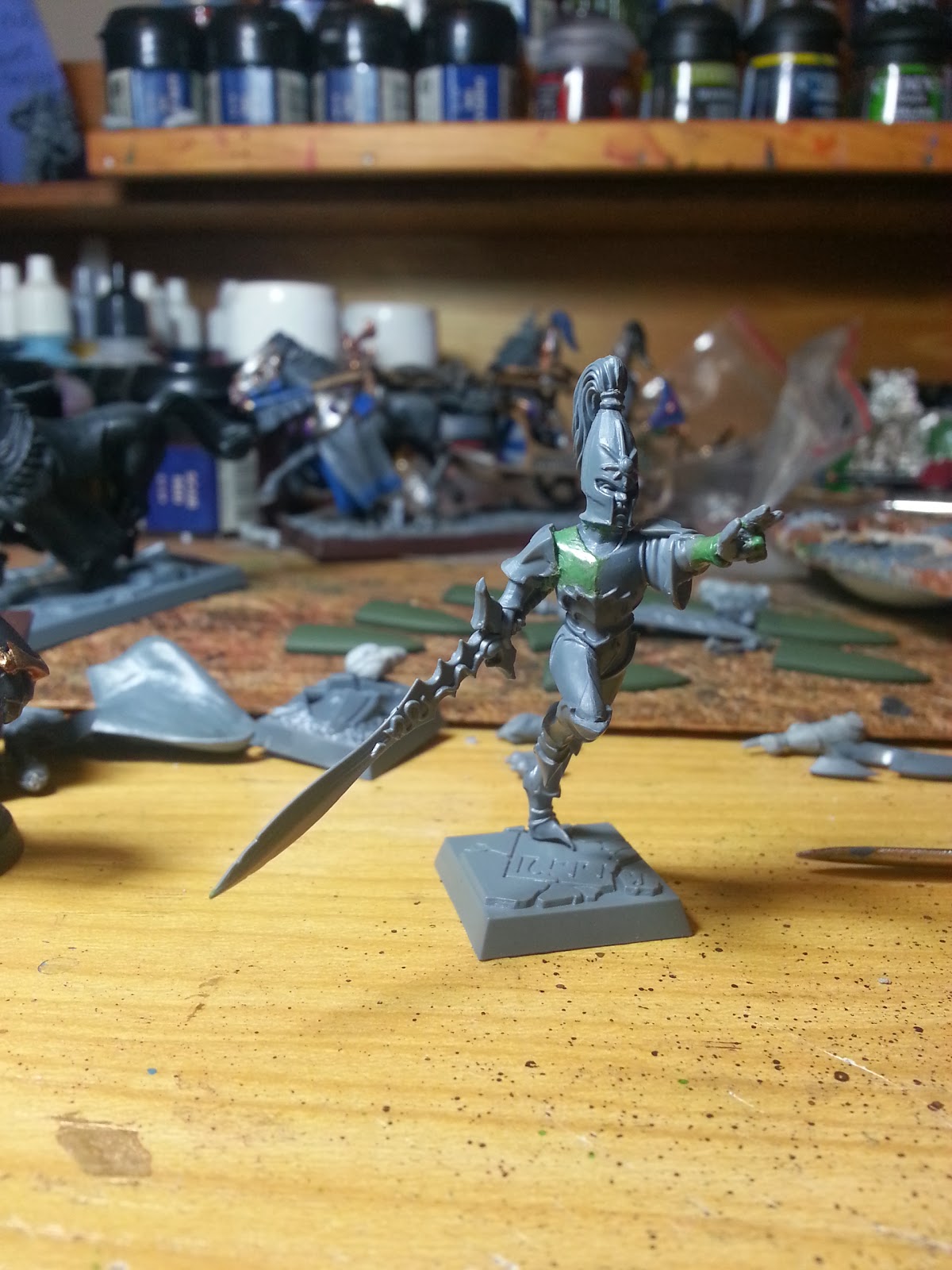 And last, but not least some WIP shot's of the chosen for my chaos army. 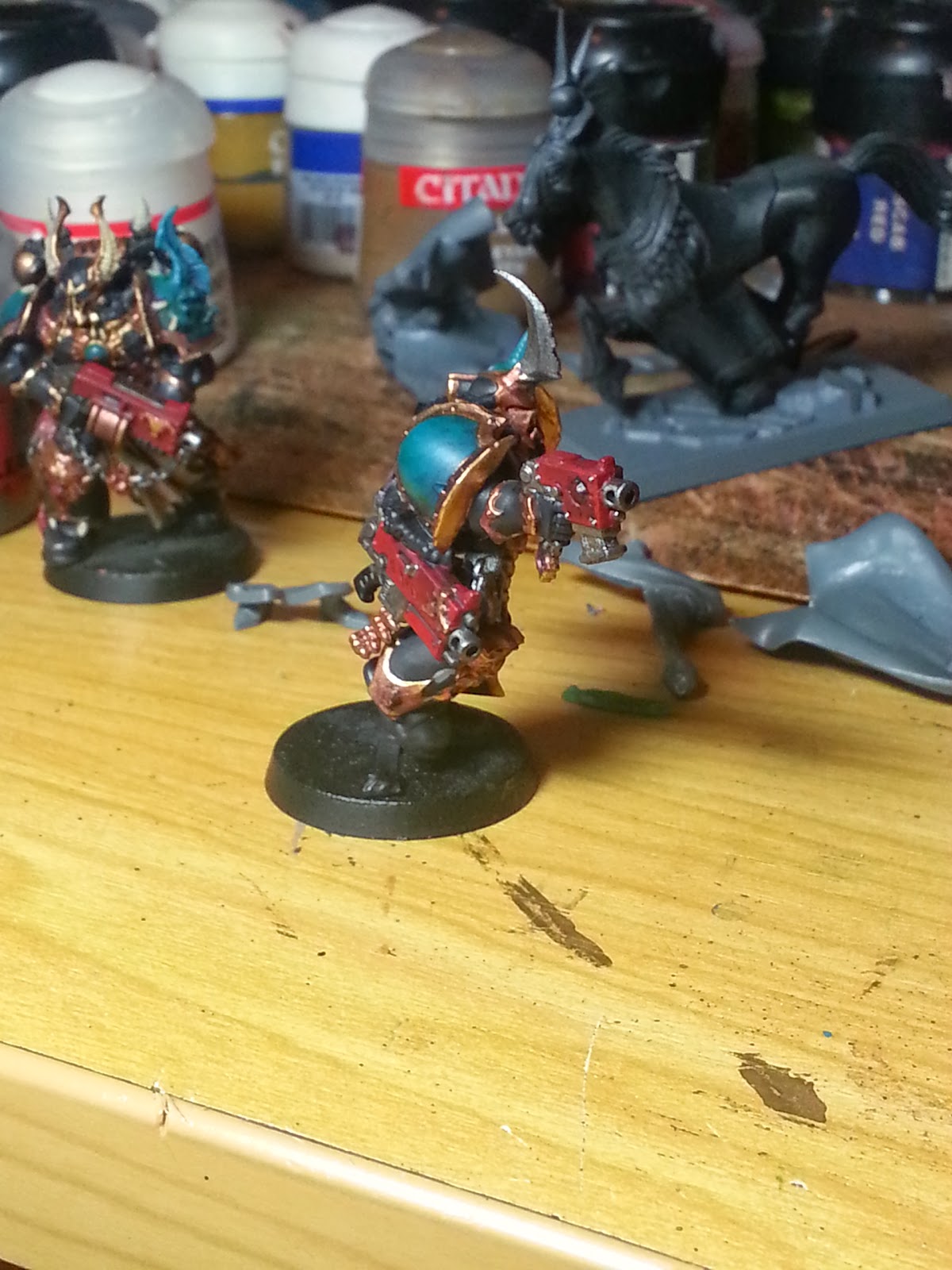 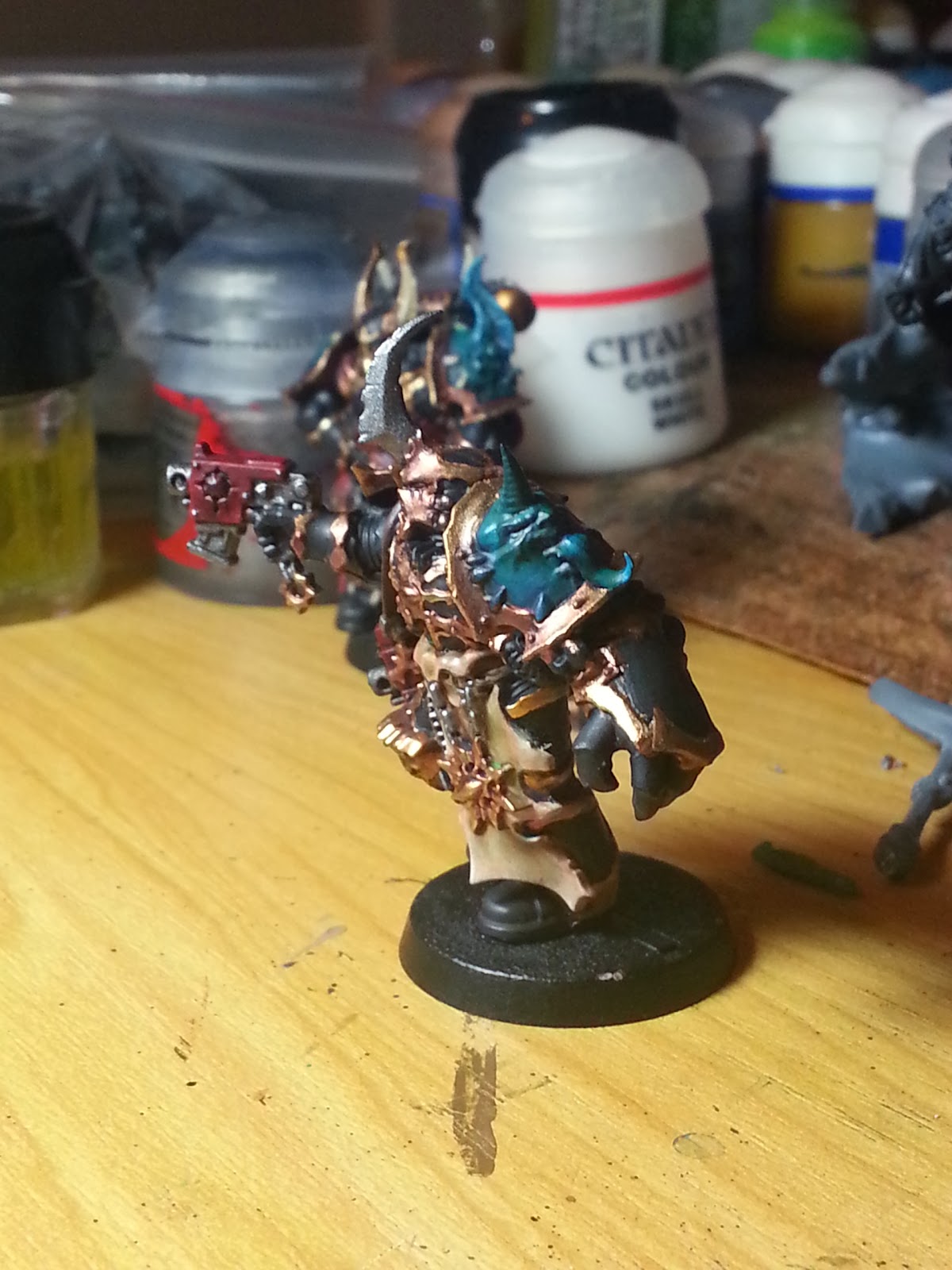 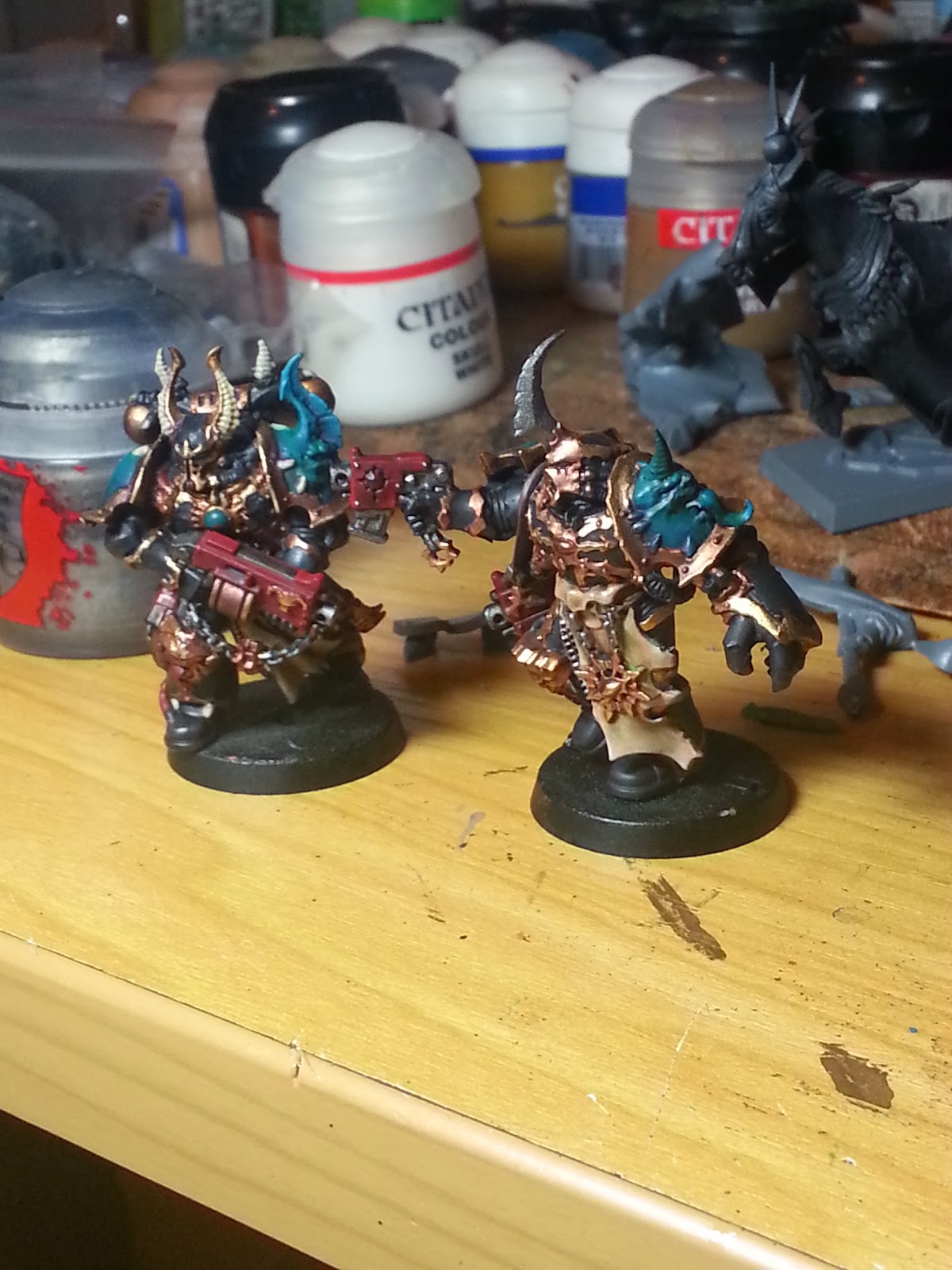 I'm being pushed a bit more now, with a 500 point game coming up this weekend to learn the rules, followed by 1000 points a few weeks after that. Non of the games requiring painted models thankfully, but having the games coming up means I'll try and get a bit more painted for it.

My 500 points that I had worked out for painting roughly consists of:


Till next time,
Laters.