January 14, 2014
Finally got to use this guy in a small tournament that I was in over the weekend. It was a small tiered competition that started off with 2 x 800 point games and 3 x 1200 point games that you had to fit your 800 point list into. It actually worked pretty well I thought, as it restricted people from having all of their toys and forced them to pick a reasonably themed list. As a result I've been inspired to use a witch hunter a little more often, as they're cheap and lot's of fun to use.

He's not quite done yet, but getting there. I've opted to add the great sword slung across his back which was drying as I took these photo's on a new background image that I printed off at work today (sneaky sneaky).
I've also done him a slightly different colour (mostly yellow and black) with the cloak and a few details being red and blue so that I can use him in either my Altdorf or my Mordheim witch hunters, which I've decided are going to hail from Averland. 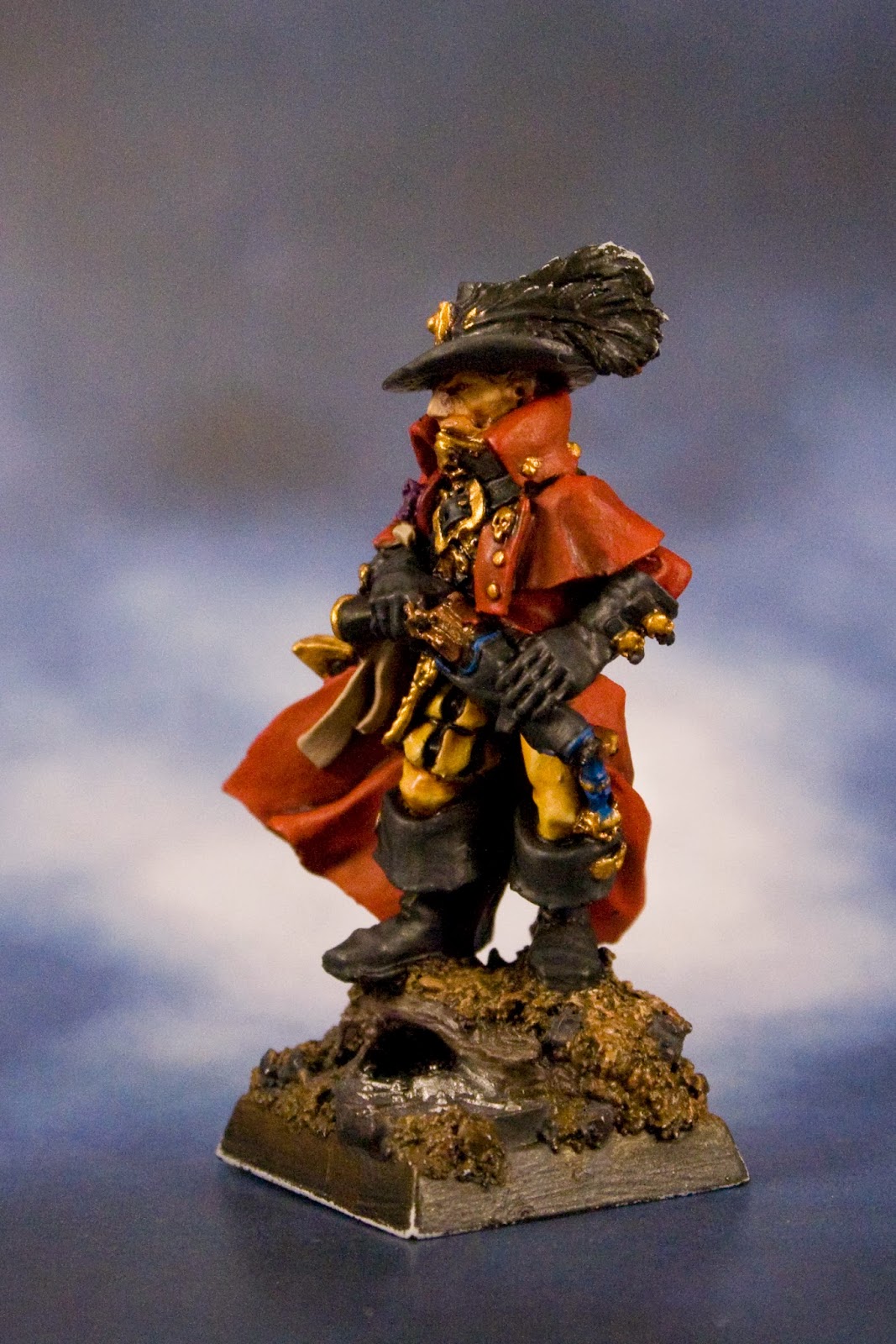 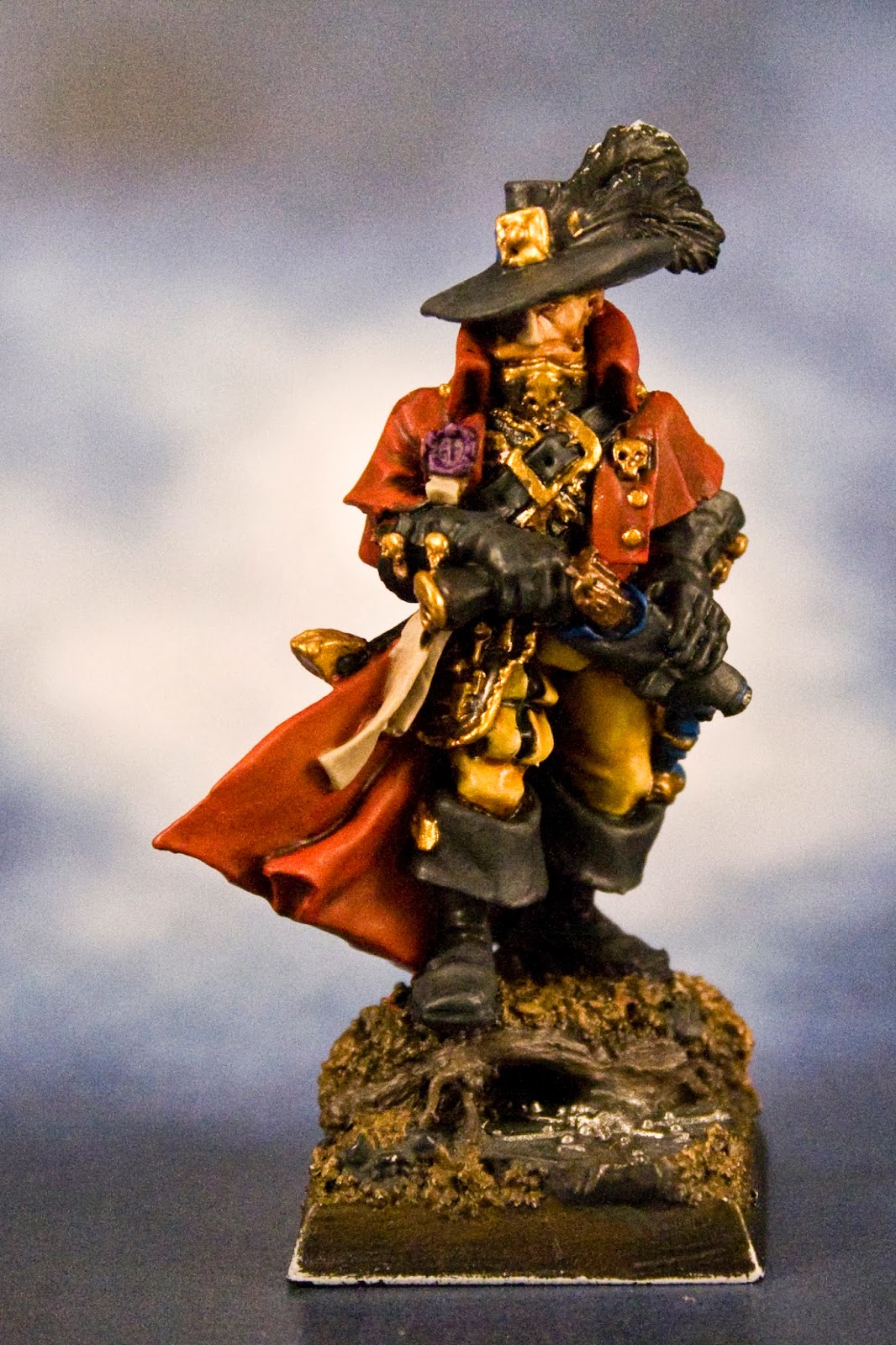 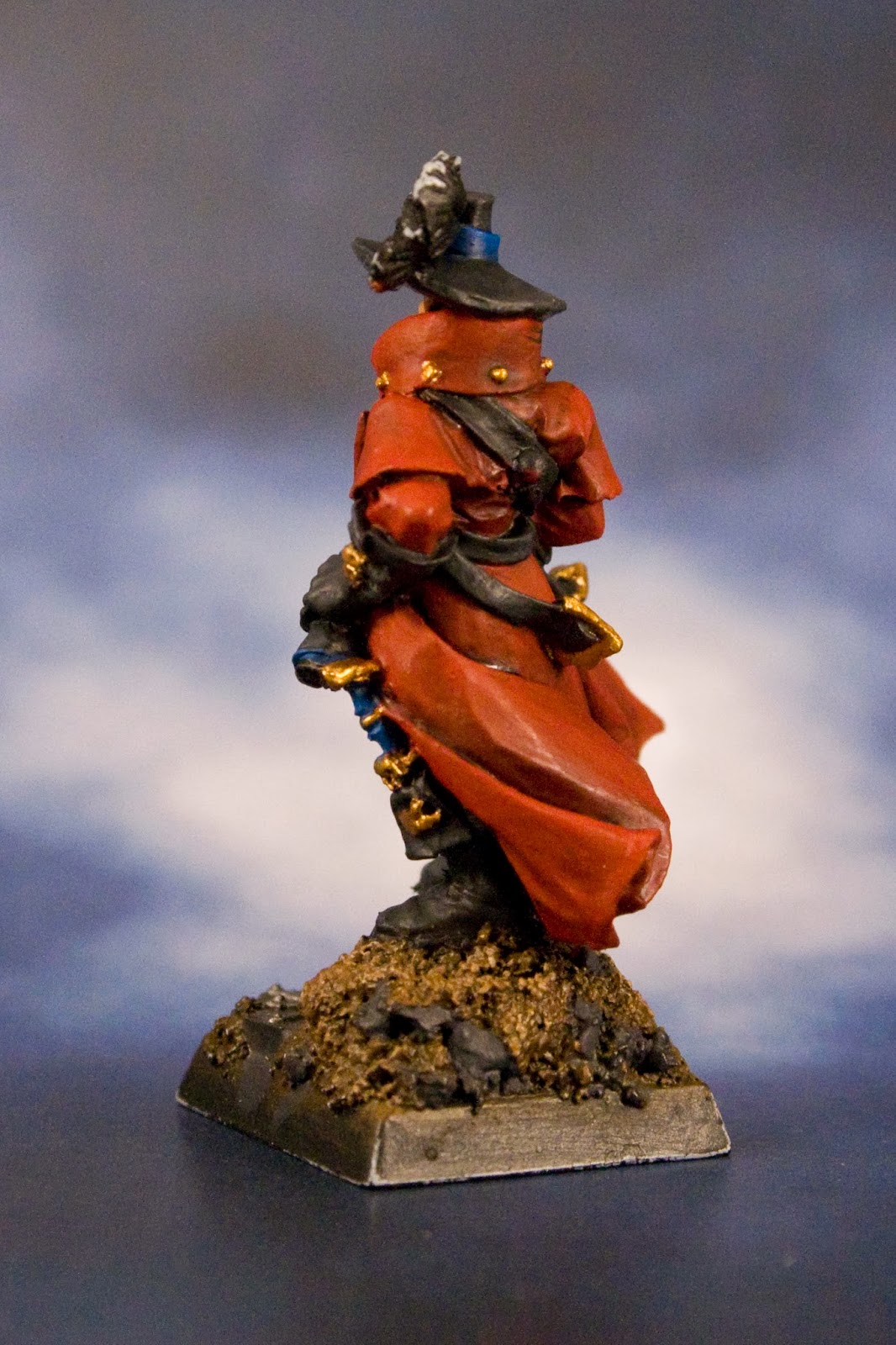 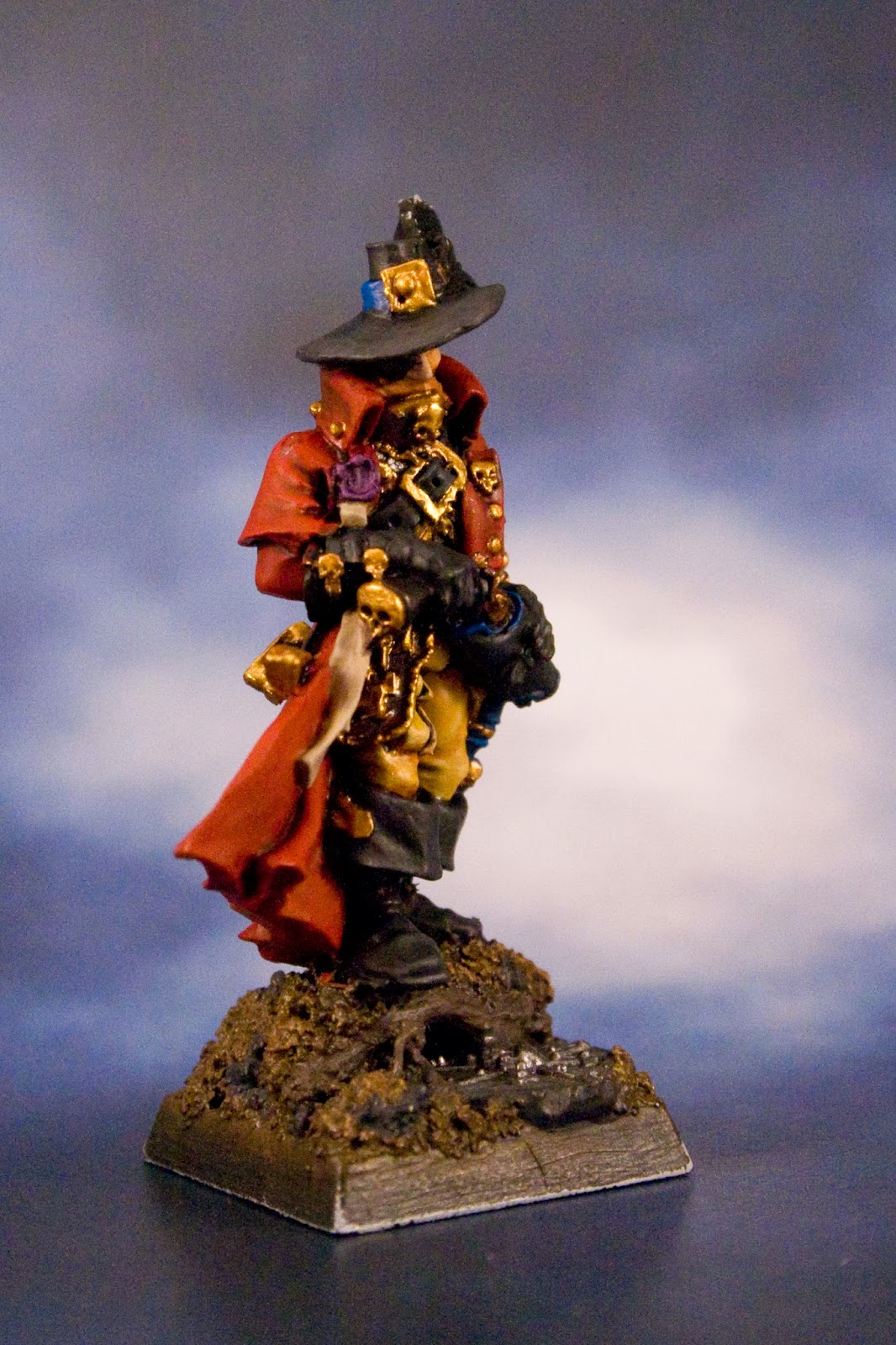