This year is passing way too fast for comfort. I have been busy though. Work taking up 6 weeks with late nights, then moving flat, and my new love; World of Tanks. I also attended the New Zealand Team Championships (NZTC) and while I did poorly, it was a lot of fun.
While I was up there I managed to get myself a bargain in the form of 40k models. In total I got, 20odd marines, about 7 metal havocs, a dreadnaught, 3 packets of word bears shoulder pads, a rhino with word bearer icons, 7 or 8 nurgle marines, 2 obliterators plus lots and lots of bits which will be handy for my existing alpha legion (truthfully I would have bought it for the autocannons alone) as well as having a small army that I can quickly get painted whilst I spend more time painting the alpha legion.

I should have pictures of the word bearers up sometime soon, but for now here's some of the things I have been doing.

Planning stages of an imperial knight household. The sketch got rained on as I was going from car to Connor's house for a game. Whoops.
I've got box of tempestus guard, and some unwanted sprues of mechanicus stuff with which I can make this work I believe. 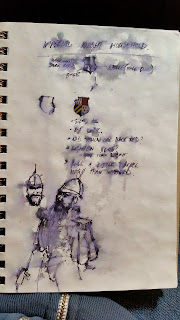 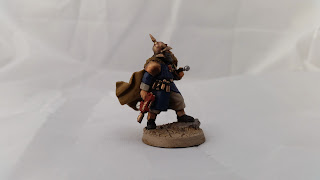 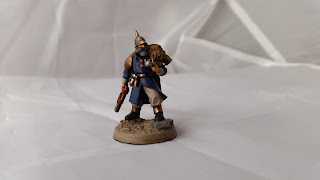 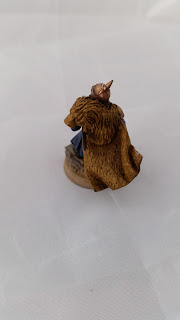 And some shots from a game of Triumph and Treachery which we had last weekend. I took my empire (1000 points), with 200 points of allies which consisted of a scouting high elf noble with the reaver bow and 5 shadow warriors. We needed to hold a point in the center of the table (6inchs from the centre of the temple of skulls) and I managed to hold that for the first 4 turns which gave me an extra 400vp and won me the game. 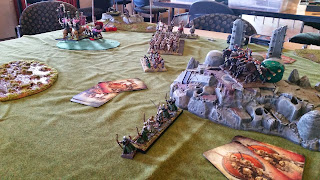 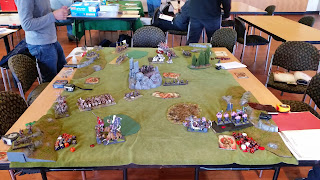 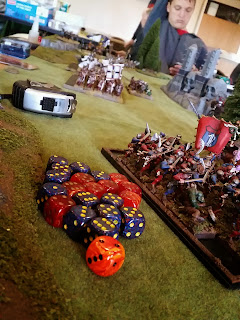 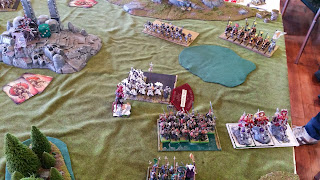 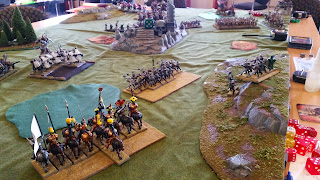 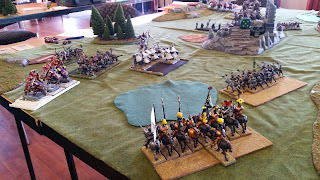 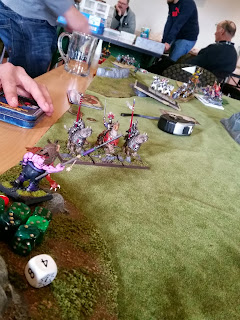 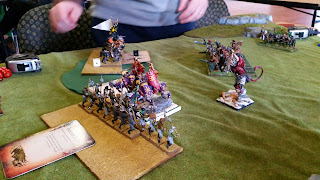 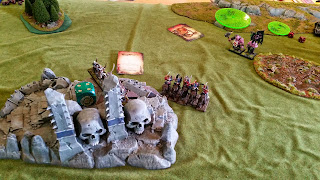 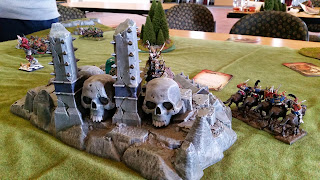