Well, Xmas is over and what a busy few weeks it's been. The run up for Xmas wasn't too busy work wise for once, but I was run off my feet with other social events, with friends and family and wargames galore.

The week before Xmas we had our end of year BBQ for one of the wargaming clubs and as tradition dictates we had an epic game planned. This year we planned on two epic armies facing off and trying to kill the monsters that spawned randomly down the center of the table. Victory points were only given if you killed or ran them down from combat. If you shot or magic'd them to death then they respawned randomly until killed in combat.

And Rhys (dirty ol Rhys) was commanding the monsters. His goal was to keep them alive as long as possible. He had a mixture of daemons, flying chaos monsters and monstrous cavalry and infantry.

As these things do the game took all day, with a stop in the middle for a bbq lunch and we managed to finish on turn 6 around 4pm. The game was really close with no more than 100 victory points between the armies for most of the game.  Having plenty of flying monsters meant that it was hard to pin them down. As the only (team good) player with flying creatures I was the one getting most of the monster points. The last turn swung toward team evil though as they finished up the game by killing a chimera and a daemon Prince which swung the game back in their favor. 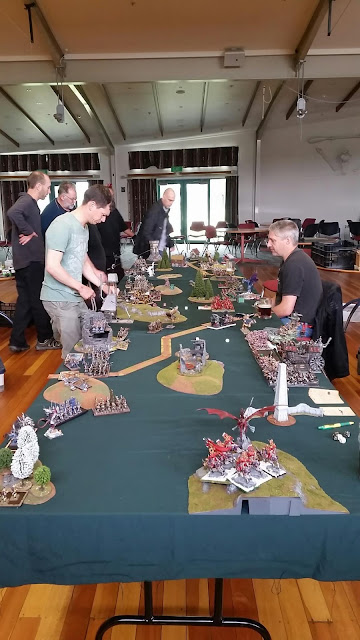 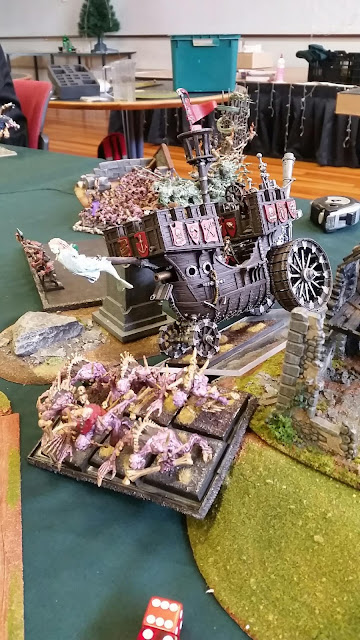 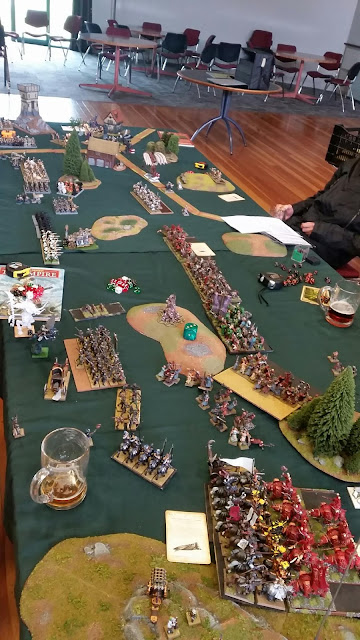 The central battle line of empire vs chaos. 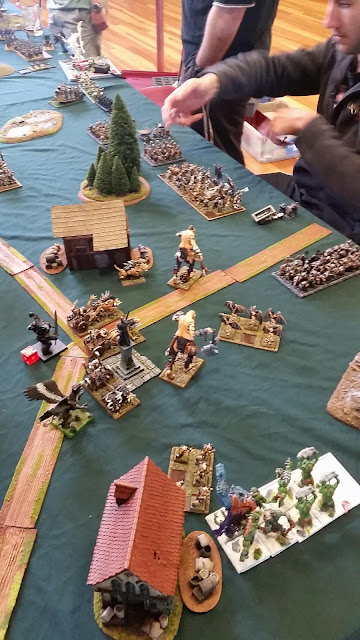 Alex's dwarves face a swarm of beastmen. Sadly his slayers were a little too slow to get to the monsters. 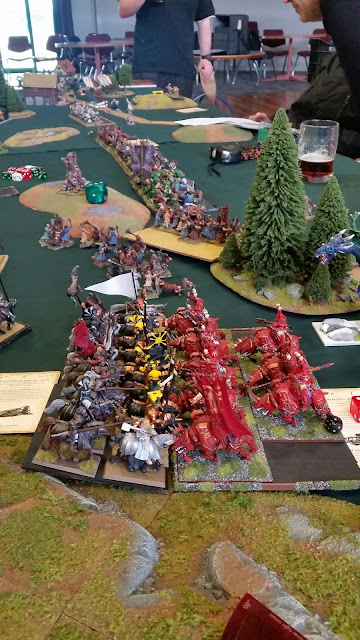 An epic clash between the emperor's finest and the fiercest of khornes warriors.. 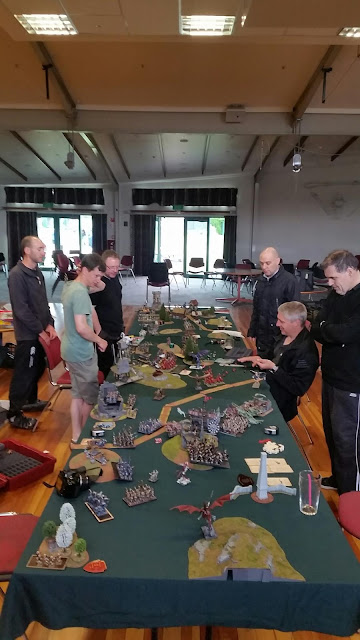 And a shot from turn 2 (I think).
More pictures to come once I get home from holiday as these are all that were on my phone.
battle report BBQ monster's warhammer warhammer 8th warhammer eighth warhammer fantasy Xmas