Getting smashed with my own army

January 10, 2016
Well, the xmas/new year holidays are over and tomorrow I go back to work, which I'm so, so enthusiastic about. I haven't really achieved as much as I wanted hobbywise, as I went away for a week or so to visit family and since I got back I've been, well...lazy. I have managed a wee bit though.

With Warclouds over Woolston coming up soon I've been having a few games at 1400 points. This is a points size that I find a lot of fun. It's just enough to get you some (1 normally) decent sized units and a couple of elites with support. The last game I had against Lil Nath went quite badly. I think it was mostly due to deploying a little too spread out and some unfortunate rolls. The worst part of it was that he was using my empire while I used my elven list that I plan on taking to warclouds. 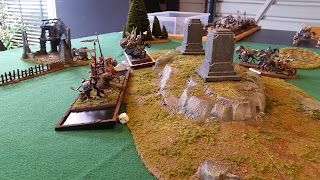 I've also managed to pick up some daemonettes for use with my word bearers. I'm taking part in a local campaign where I intend to summon them if I can. I'm also using them as a chance to learn more about my airbrush.

I also managed to get in a game of war of the roses, which was a great game. Close game right till the very end.
As we like this system so much we've even ordered in a few copies of dragon rampant to try out. 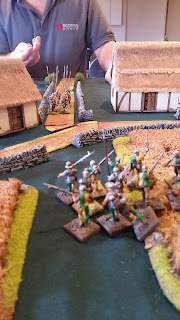 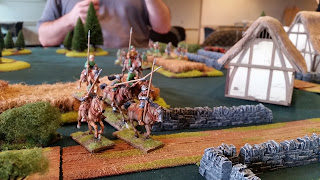 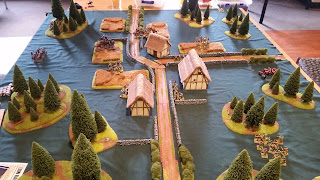 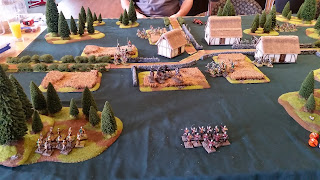