Radio Silence in the Warp

Well, I've been silent but relatively busy. Between slowly getting rid of unnecessary things to make moving easier and gaming and work getting there hasn't been a lot of time. I have however managed to get some more work done on my Word Bearers. As usual I've been inspired by local events and local's finishing their armies. 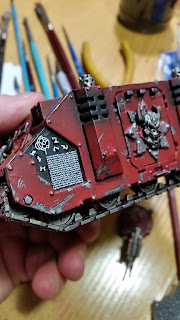 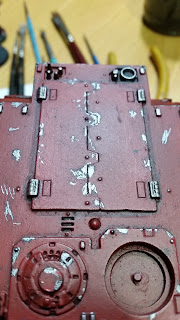 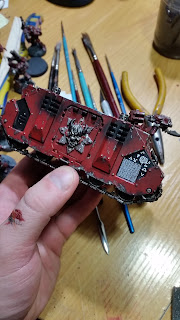 I've rebased the dark apostle onto a 40mm base because he looks awesome on it. A few skulls, plasticard and some parchment makes it stand out a little. 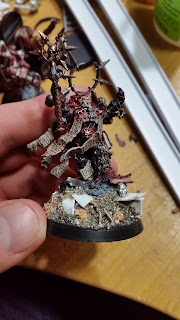 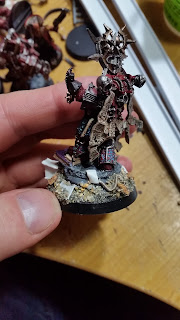 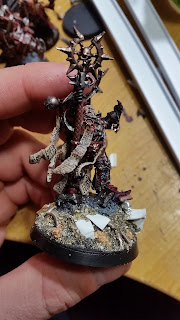 And some work repairing a land raider which I picked up in disrepair for $20. The sponsons I got from someone else, and I still need to source some doors, but work is going on making it into a shrine of chaos. 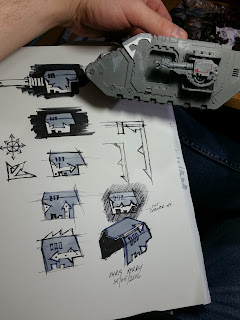 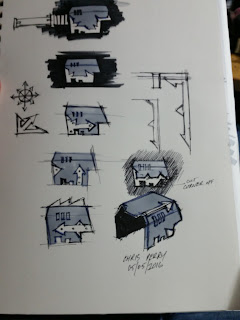 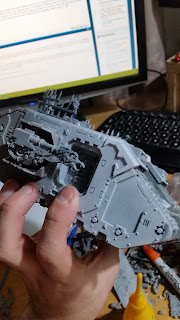 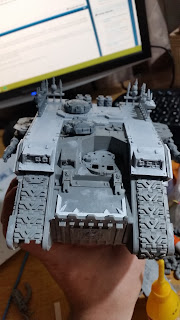 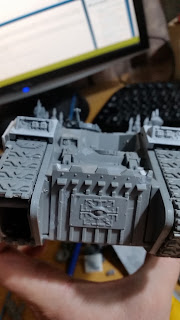 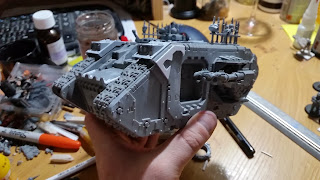